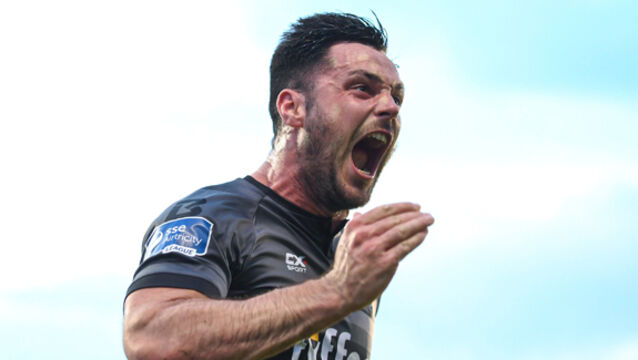 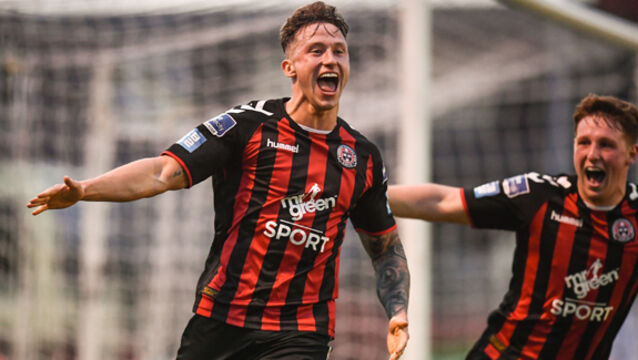 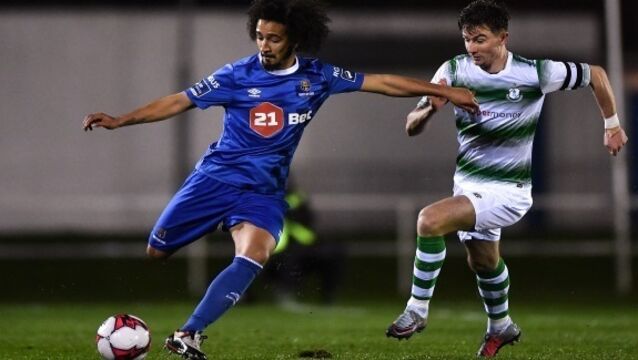 Duffus on the double as Blues slip into second spot

Waterford FC 2 Shamrock Rovers 1... Courtney Duffus netted a brace in front of an attendance of 3, 010 as Waterford FC won against ten-man Shamrock Rovers in the SSE Airtricity Premier Division as the Blues picked up a massive win to move into second spot in the table.

Shamrock Rovers put spanner in the works for Cork City

Champions-elect Cork City were beaten away from home for the first time all season and they shipped three goals for the first time too as Shamrock Rovers repeated their EA Sports Cup, semi-final victory over the same opposition at Tallaght Stadium tonight.

Three second-half goals for Shamrock Rovers were enough for the Hoops to get by Shelbourne at Tolka Park in the FAI Cup.

Shamrock Rovers 1 Cork City 0 (AET): At the end of a long night in Tallaght, Shamrock Rovers finally got the better of a gutsy Cork City to qualify for the EA Sports Cup final against Dundalk on September 16.

Shamrock Rovers 1 Bohemians 2: Ismahil Akinade inspired Bohemians to their first win at Dublin rivals Shamrock Rovers since 2012 last night to ease fears of them slipping into a relegation battle.

Dundalk 0 Shamrock Rovers 1: Less than 72 hours after crashing out of Europe, Shamrock Rovers took a significant step towards a return to the Europa League next season with a first league win over Dundalk at Oriel Park in almost six years &mdash; and put another dent into any lingering hopes the champions may have had of catching Cork City.

Goals in either half from Gary Shaw and Brandon Miele got Shamrock Rovers back to winning ways as Galway&rsquo;s seven-match unbeaten run came to an end at Tallaght.

Shamrock Rovers 1 Cork City 2: Despite the day that was in it, it was the Shamrock that was left wilting in Tallaght as Cork City extended their grand parade at the top of the SSE Airtricity Premier Division table.