Manchester City 0 Manchester United 0: Marouane Fellaini managed to drag a Manchester derby that had been interesting rather than memorable into pure chaos at the Etihad last night, earning a red card for a headbutt on Sergio Aguero some six seconds after being booked for a foul on the same City forward.">
X
    
Ian Whittel 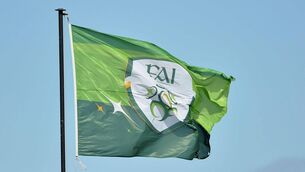 Marc Canham to be appointed FAI's new Director of Football