Munster 22&nbsp;Racing 10:&nbsp;It has been a long and often painful wait, but Munster supporters again have the prospect, not just of a home European quarter-final to savour, but also the personnel with the right mindset to fulfil their potential in the cause of their province.">
X
Simon Lewis
     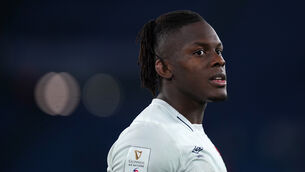