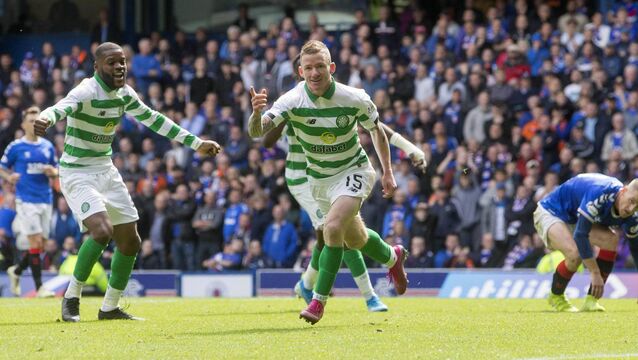 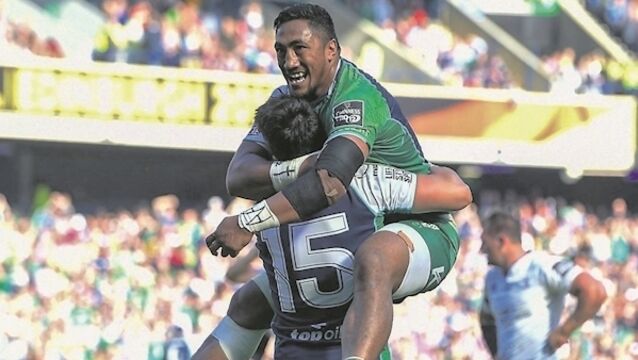 It is telling to look back at Andrew Browne’s post-match quotes after Connacht had upset the odds in remarkable fashion at Murrayfield that sunny evening in Edinburgh, just how quickly the commitment had been in the westerners’ dressing room to drive on from the first piece of silverware in 131 years. 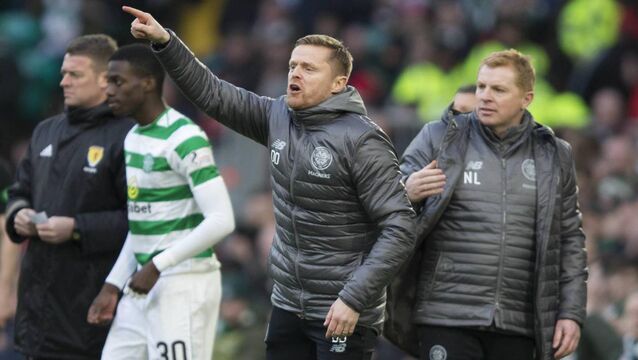 Celtic manager Neil Lennon has confirmed that first-team coach Damien Duff has left the Glasgow club to concentrate fully on his role as Ireland assistant manager.

Cullen backs Sexton to prove worth as Ireland captain

Leo Cullen insists Johnny Sexton will prove his worth as Ireland captain, and has backed his out-half to come back stronger after last Sunday’s Six Nations defeat to England.

Scotland head coach Gregor Townsend has told Finn Russell there will be no exceptions or compromises after the fly-half expressed frustrations over the international set-up.

Johnny Sexton starred on his first outing as permanent Ireland captain as Andy Farrell’s tenure as head coach began with an unconvincing 19-12 victory over Scotland.

While a win over Ospreys is well within their compass, the fact that holders Saracens can still advance as a best runner up will suit them just fine.

Graham at the double as Edinburgh level up 1872 Cup series

Darcy Graham scored a sensational double as Edinburgh triumphed 29-19 in a Murrayfield thriller to square up their 1872 Cup series at one win apiece with Glasgow.

Josh van der Flier says that Joe Schmidt always reminded his Ireland players that they were in the presence of greatness.

For Leinster this week it will be a case of out with the new and in with the old. More or less, anyway.

Leinster's Joe Tomane back from injury for Northampton double-header

Leinster should have centre Joe Tomane available for selection once again, as their pool-defining double-header with Northampton Saints approaches in the next fortnight.

Leinster extended their winning run and with it their lead at the top of Guinness Pro14 Conference A with a 23-10 victory over Glasgow in a repeat of last season’s final.

25 years of the Champions Cup: Vote for your favourite moment

What is the defining moment in the history of the Heineken European Champions Cup?

The French doors which Irish provinces must unlock

The Irish provincial video analysts will be busily plugging into footage of the French Top 14 ahead of this season’s European Champions Cup. All four representatives have been handed French assignments over the next three months - with Connacht getting a double helping.

Horne at the double as Glasgow sweep aside Zebre

Munster head coach Johann van Graan knows all there is to know about South Africa’s major domestic competition, the Currie Cup. Given that the Cheetahs — one of his side’s two Guinness PRO14 opponents over the next fortnight — were recently crowned champions of the 130-year-old tournament, he is aware of the challenge awaiting his team.

Glasgow Warriors counted the cost of missing World Cup stars as their Guinness PRO14 campaign opened with a 48-14 defeat to the Cheetahs.

Gregor Townsend has opted to name an experienced line-up ahead of Scotland’s World Cup opener against Ireland.

Gray’s decision to opt out of World Cup contention

Richie Gray made the decision to opt out of World Cup selection with Scotland, according to assistant coach Danny Wilson.

Cullen: We may ‘keep an eye’ on partying players

Leinster rugby coach Leo Cullen says they may be forced to send minders along to player nights-out, after last May’s end-of-season controversies.

Not the Nice warm-up Townsend was looking for

Coach Gregor Townsend says Scotland are keeping a close eye on Ireland as both sides prepare for their opening weekend showdown at the World Cup in Japan next month.

Scotland’s World Cup preparations got off to a nightmare start as they were crushed 32-3 by France in Nice.

Celtic and Rangers win their first round qualifiers in Europe

Celtic and Rangers both have one foot in the next round of European competition as the Old Firm rivals recorded wins in the first qualifying rounds of Champions League and Europa League respectively tonight.

Cork City would seek to host Rangers at Turner’s Cross

Should both clubs successfully negotiate their first-round ties, Cork City are intent on hosting their Europa League game against Rangers at Turner’s Cross – unless the authorities dictate otherwise.

Munster’s new-look brains trust will have little time to brace for their first intensive exam on the back of a Heineken Champions Cup draw in Lausanne yesterday which did the province few favours.

Johnny Sexton has rejected suggestions that Ireland have peaked a year too early.

Leo Cullen wasn’t the only Irish coach breathing a sigh of relief at the end of Saturday’s PRO14 final in Glasgow.

O’Brien missed what should have been his final game for his home province due to a hip injury but captain Sexton asked the Tullow Tank, who will depart Leinster for London Irish after the World Cup, to take the captain’s role and lift the trophy after a hard-fought victory in Glasgow.

Leinster have won the Guinness PRO14 final after beating Glasgow 18-15 at Celtic Park.

Leo Cullen vented his anger last week at what he perceived as suggestions in some media outlets that Jonathan Sexton had been ‘dropped’ for the semi-final win over Munster. He need not have bothered as Sexton’s selection for today’s decider was always going to refute such spin.

Leo Cullen: We need to be switched on the whole time

Reasons to be fearful for Leinster today?

Johnny Sexton has been recalled to the Leinster team for tomorrow's Guinness Pro14 final against Glasgow at Celtic Park.

Hogg: ‘Saracens gave us the kick up the backside we needed’

As British parliamentarians are proving with almost daily inefficiency, leaving Europe can be complicated but as far as Stuart Hogg is concerned, the swift and summary elimination of Glasgow Warriors earlier this season has been the best thing that could have happened to his club.

Contepomi: Balance must be right before Leinster can let it flow

Felipe Contepomi has stressed the need for Leinster to strike the perfect balance between free-flowing and high-pressure rugby as they attempt to negotiate Glasgow Warriors’ self-styled defensive “brutality” in Saturday’s Guinness PRO14 final.

Toner injury not a cause for World Cup concern

Rennie: Warriors fans are not all Rangers supporters

Glasgow Warriors coach Dave Rennie has refuted the claim that his club’s fans “are all Rangers supporters”.

Toothless Munster fail to close the gap on Leinster

It’s not often we get a provincial derby between Leinster and Munster these days with both teams fully locked and loaded. Therefore days such as Saturday’s Guinness PRO14 semi-final are occasions to be savoured.

Glasgow through to home PRO14 final after demolishing Ulster

Glasgow will have the benefit of home advantage at Celtic Park after romping past Ulster 50-20 to claim a place in the Guinness PRO14 Grand Final.

He could not have timed his Ulster return any better, but even Luke Marshall is pleasantly surprised by how well he’s played since returning from long-term injury.

Dan McFarland says it would be dangerous for Ulster to give tomorrow’s PRO14 semi-final against Glasgow the status of a ‘free hit’.

The Otago player has Super Rugby experience with the Highlanders and just joint-second top try scorer in the premier club competition in the southern hemisphere in 2016.

We won’t be pushed into panic measures, says Cullen

It would be lazy to dismiss Leinster as just another PRO14 casualty of the Saracens juggernaut.

Leinster and Saracens hope to continue trend of European exhilaration

After a scarcely believable few nights of footballing drama, Europe’s two best rugby teams are this evening faced with the unenviable task of delivering a Heineken Champions Cup final to rival the beautiful game’s capacity to exhilarate.