Clodagh Finn: Making elite athletes our role models serves none of us well

A year on from Tokyo, Mona McSharry is still basking in the glow
US OpenOsaka#TennisPlace: UK
 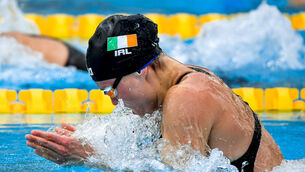 McSharry has to settle for fifth in 100m breaststroke final