Three share lead after first round of Farmers Insurance Open 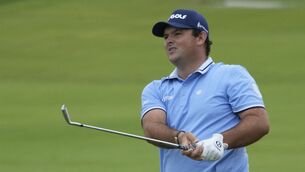