Rory Gallagher: We were easily the better team but I thought we made a lot of mistakes
#GAAHurlingClare
 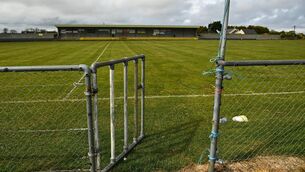