Richard Hogan: Living with OCD and intrusive thoughts is a silent hell

Suzanne Harrington: Plunging into the ethical void of 'bureacratic Britain'

Edel Coffey: Hard to know who to feel more sorry for in Johnny Depp and Amber Heard case
 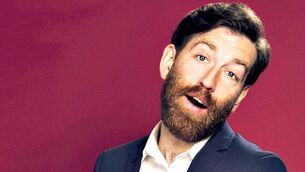 Colm O'Regan: Why does summer solstice always remind me of goddess Anu's breasts?