Paschal Donohoe 'should not be hounded out of office', Barry Cowen says 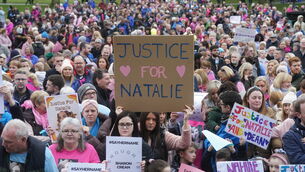