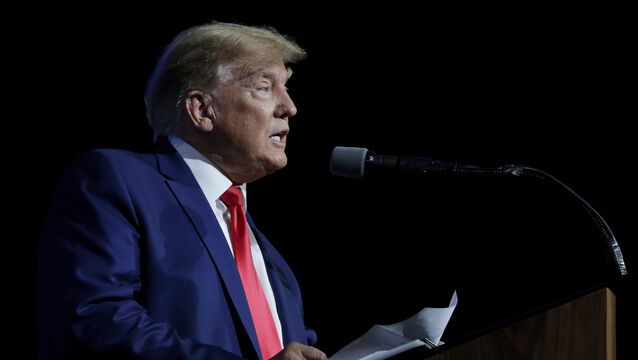 New York’s highest court has rejected Donald Trump’s last-ditch effort to avoid testifying in the state attorney general’s civil investigation into his business practices, clearing the way for his deposition next month. 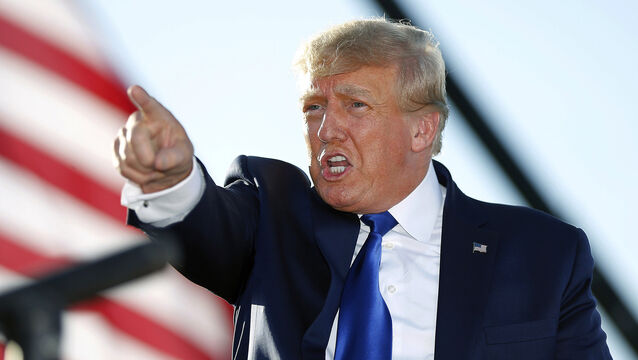 This latest ruling could mean a tough decision for Mr Trump about whether to answer questions, or stay silent, citing his Fifth Amendment right against self-incrimination 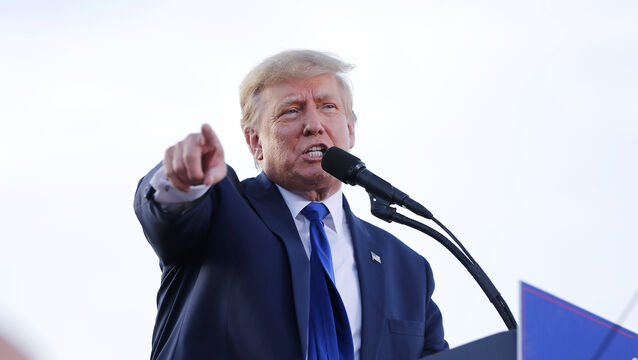 Judge Engoron ruled Mr Trump in contempt on April 25 and fined him $10,000 per day for not complying with a subpoena for documents in New York attorney general Letitia James’s investigation

Trump businesses and inaugural committee to pay out £600,000 to settle lawsuit

Morgan’s 75-minute interview, which took place at Mr Trump’s Mar-a-Lago resort in Palm Beach, Florida, will be screened on TalkTV on Monday at 8pm

Bid for Trump to be fined 10,000 dollars a day for failing to turn over evidence

Former Donald Trump advisers Peter Navarro and Dan Scavino were held in contempt of Congress on Wednesday for their month-long refusal to comply with subpoenas from the investigation into the January 6 attack on the US Capitol.

Ivanka Trump, former president Donald Trump’s daughter and one of those closest to him during the insurrection at the Capitol, is giving evidence before the US House of Representatives panel investigating the January 6 2021 attack.

Ivanka Trump to give evidence to committee probing Capitol insurrection

Ms Trump was with her father for much of that day, and the panel has focused much of its time on his actions in the White House as his supporters were breaking into the Capitol

The ruling by US District Court Judge David Carter marked a major legal win for the panel as it looks to correspondence from Eastman, the lawyer who was consulting with Trump as he attempted to overturn the presidential election.

Former president Donald Trump’s legal moves aimed at delaying a rape accuser’s defamation claims from reaching trial are in bad faith and, so far, succeeding, a judge said in a decision released as he rejected an attempt by Mr Trump to counter-sue.

A Trump spokesperson confirmed there was an emergency landing, but declined to comment further.

Trump appeals against ruling forcing him to testify in NY probe

Former president Donald Trump has against appealed a judge’s decision requiring he answer questions under oath in New York state’s civil investigation into his business practices.

A federal judge has rejected efforts by Donald Trump to block lawsuits filed by legislators and two US capitol police officers, saying in his ruling that the former American president’s words “plausibly” led to the insurrection on January 6 2021.

Former US president Donald Trump must answer questions under oath in New York state’s civil investigation into his business practices, a judge has ruled.

The accounting firm that prepared Donald Trump’s annual financial statements says the documents “should no longer be relied upon” after New York’s attorney general said they regularly misstated the value of assets.

A retired US army officer who was a pivotal witness in the first impeachment case against Donald Trump has sued the oldest son of the former president and other Trump allies, accusing them of “intimidation and harassment”.

New York’s attorney general has issued subpoenas to former president Donald Trump and his two eldest children in connection with an ongoing civil investigation into the family’s business practices, according to a court filing.

On a visit to Trump Turnberry the day after the EU referendum vote in 2016, Donald Trump said people had taken “their country back”

Former US president Donald Trump has turned to the Supreme Court in a last-ditch effort to keep documents away from the House committee investigating the January 6 insurrection at the Capitol led by his supporters.

Financial regulators in the US are looking into the deal that would bring former president Donald Trump’s new social media company to the stock market.

Donald Trump’s new social media company forecasts it may have 81 million users by 2026. The figure is nearly seven million more people than voted for him in the last US presidential election.

Donald Trump is predicting a “very big” year in 2022 and “an even bigger” 2024 as he said he will be back out on the campaign trail in the US.

A former contestant on The Apprentice who accused former President Donald Trump of sexual assault dropped her defamation lawsuit against him Friday.

The company planning to bring former US president Donald Trump’s new media venture to the stock market soared further on Friday amid another frenzy of trading.

Donald Trump announces launch of his own social media site

The former US president has spoken about launching his own social media site ever since he was barred from Twitter and Facebook.

The Trump Organisation also had to inject $27m (€23.3m) from other parts of its business to help the hotel, according to documents released by the House of Representatives Committee on Oversight and Reform

Former president Donald Trump has asked a judge to force Twitter to restore his account, which the company suspended in January following the storming of the US Capitol.

A lawyer for Donald Trump’s indicted corporate finance chief has told a judge he has “strong reason to believe” more indictments are coming in a New York investigation into the former president’s property empire.

The Scottish Government refused calls for an investigation in February, with then justice secretary Humza Yousaf saying such orders are an operational matter for the civil recovery unit

IRS must give Trump's tax returns to Congress, says US Justice Department

The move by Donald Trump’s company to strip its top finance chief of several leadership positions less than two weeks after his criminal indictment suggests it is facing a tricky, new business environment as it seeks to reassure lenders and other ...

Former U. S. President Donald Trump has announced he is filing lawsuits against Twitter, Facebook and Google, and their respective CEOs Mark Zuckerberg, Jack Dorsey and Sundar Pichai.

The Trump Organisation and its long-time finance chief have pleaded not guilty to tax charges arising from a two-year investigation into former president Donald Trump’s company.

Trump’s company set to be charged with tax-related crimes

Donald Trump’s company is expected to be charged with tax-related crimes stemming from a New York investigation into the former president’s business dealings, according to sources.

Donald Trump reprised his election grievances and baseless claims of fraud as he returned to the rally stage on Saturday for his first campaign-style event since leaving the White House.

Donald Trump on Saturday reprised his baseless election grievances and painted a dystopian picture of the country under Democratic control in his first campaign-style rally since leaving the White House.

Former US President Donald Trump will return to the rally stage this weekend, holding his first campaign-style event since leaving the White House as he makes good on his pledge to exact revenge on those who voted for his second impeachment.

The lawsuit, filed in state court, says nothing in the 566-page contract gave New York City Mayor Bill de Blasio the right to terminate the deal after the president’s supporters stormed the US Capitol earlier this year.

An investigation has determined the decision to forcibly clear racial justice protesters from an area in front of the White House last summer was not influenced by then-president Donald Trump’s plan to stage a photo opportunity at that spot.

US Justice Department officials say Donald Trump cannot be held personally liable for “crude and disrespectful” remarks he made while president about a woman who accused him of rape.

Donald Trump has pushed Republicans to support candidates who are loyal to him in next year’s midterm elections as the former president made a speech at the North Carolina GOP convention.

New grand jury seated for next stage of Trump investigation

New York prosecutors have convened a special grand jury to consider evidence in a criminal investigation into former US president Donald Trump’s business dealings, according to The Associated Press.

The New York attorney general’s office says it is now conducting a criminal investigation into Donald Trump’s business empire after expanding what had previously been a civil probe.

Trump is still banned from Twitter and Facebook and his public comments have largely come in the form of written statements and calling into right-leaning news outlets.