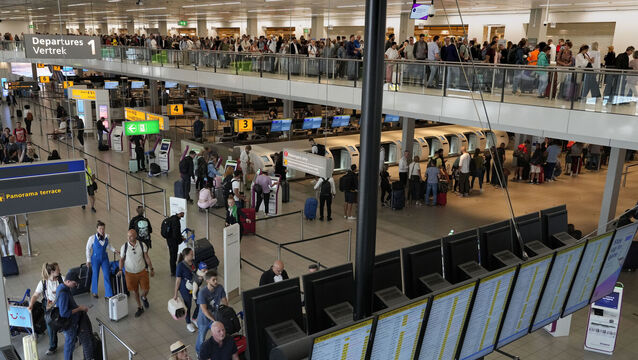 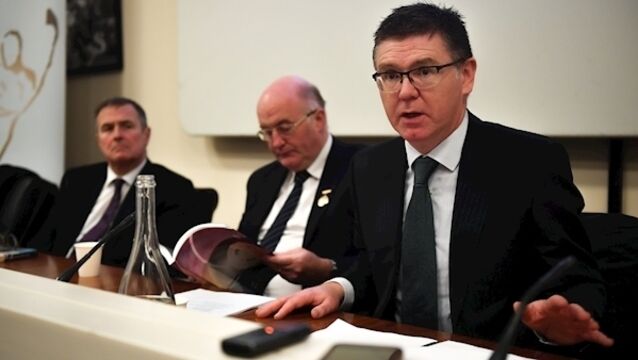 Last week, the GAA reported on the organisation’s activities for 2019. The GAA’s financial review for the year showed that it is in robust health, recycling an environmentally-friendly 84% of its €73.9m in revenue back into GAA units, writes Jack Anderson. 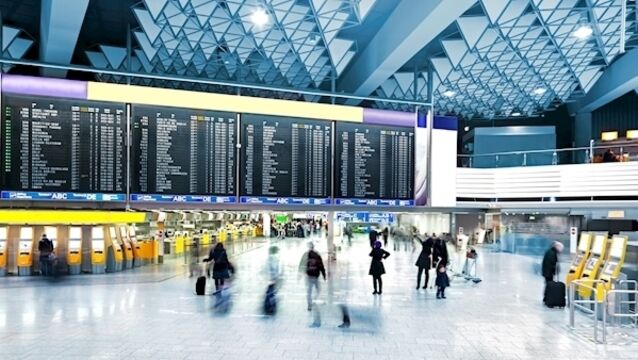 It marks a 4.2% increase on the same period last year, according to new figures from the Central Statistics Office.

B&oacute;thar yesterday despatched its 1,000th cow to Rwandans widowed by the genocide in their country during the mid 1990s just three months after it sent the largest ever airlift of animals in the world to the small nation in south-central Africa, the agency launched its 2017 airlift programme as 25 in-calf Friesian heifers began a 7,000km journey to their new home.

Thousands of air passengers face possible disruption at London's Heathrow this morning due to thick fog.

Belgium&rsquo;s prime minister lashed out at KLM Royal Dutch Airlines for offering free train tickets to Amsterdam to lure passengers away from the bomb-crippled Brussels airport.

GAA determined to carry on in Brussels

Belgium claims no warning on bomber

Belgium says it had no advance knowledge of the deportation from Turkey last summer of Ibrahim El Bakraoui, one of the suicide bombers who struck Brussels this week, as the Netherlands said it had no reason to take action when the man landed there in July.

‘We thought that was it’, says Cork family caught up in Brussels attacks

A Cork woman has told of how she thought she and her family were going to die in Tuesday&rsquo;s bombing of Brussels Airport.

Passengers were evacuated from a Dutch airport terminal when a British man was arrested after reportedly shouting bomb threats at a check-in queue.

A France-bound airliner has been grounded at an airport in Amsterdam.

7 of the best destinations close to Europe’s top airports

Bored of London and Brussels? Then try Oxford and Bruges instead. Tony Clayton-Lea picks the best destinations 30 miles from Europe&rsquo;s top airports.&nbsp;

A daily service from Belfast to Amsterdam by Dutch national carrier KLM is to be launched in May.

Children have silently placed flowers next to 298 candles – one for each victim of the Malaysia Airlines Flight 17 crash – at a sombre Dutch commemoration of the air disaster.

He has a backpack and he's very happy to help out.

An Aer Lingus flight bound for Dublin was diverted overnight after an on-board medical emergency.

Bodies of the dead from the downed Malaysia Airlines plane have arrived in Holland to be received by a nation in mourning.

A distraught mother had summed up the mood of anguish in the Netherlands at faltering efforts to repatriate the bodies of loved ones killed in the downing of Malaysia Airlines Flight 17, appealing to Russian president Vladimir Putin to return the bodies of her son and his girlfriend.

A Dutch cyclist has avoided being on both tragic Malaysian Airlines flights MH17 and MH370 after being originally scheduled to fly on the two doomed aircraft.

Schiphol Airport is the wrong place to be for family and friends of those who died on Malaysian flight MH17.

Up to 80 children were feared to be among the 295 passengers and crew who died after the Malaysian Airways plane was shot down over Ukraine yesterday afternoon.

Body found in wheel well of plane at Schipol airport

A body has been found in the wheel well of an airliner that landed at Amsterdam’s Schiphol airport.

Hurricane-force winds are forecast to disrupt road, rail and airport networks today as one of the strongest storms in decades is set to hit the southern half of Britain during rush-hour.

Eight masked gunmen forced their way through the security fence at Brussels Airport, drove onto the tarmac, and snatched some $50m (€37.4m) worth of diamonds from the hold of a Swiss-bound plane without firing a shot.

An airliner was at the centre of a mistaken hijack alert today after being escorted in to land by two military fighters.

Police have surrounded an airliner at Amsterdam’s Schiphol airport amid fears a hijacker is on board.

The FBI and police at Amsterdam’s Schiphol Airport have opened a criminal investigation into how needles got into turkey sandwiches served to passengers on Delta Air Lines flights from Amsterdam to the United States.

Dublin Airport to stay closed until at least 8pm

Dublin Airport is set to remain closed until at least 8pm this evening and has asked passengers whose flights have been cancelled to leave the building because of what is calls "severe congestion".

HEAVY snow caused chaos across Europe yesterday, shutting down airport runways, forcing fast trains to a crawl and leaving cars skidding through icy, slushy streets on a weekend where many people were trying to head home for the holidays.

Heavy snow caused chaos across Europe today, shutting down airport runways, forcing fast trains to a crawl and leaving cars skidding through icy, slushy streets on a weekend where many people were trying to head home for the holidays.

SOUL singer Solomon Burke, who wrote Everybody Needs Somebody To Love and recorded the hit Cry To Me used in the movie Dirty Dancing, has died at Amsterdam’s Schiphol Airport.

Soul singer Solomon Burke has died at Amsterdam's Schiphol Airport. He was 70.

TWO men suspected of carrying out a dry run for a terrorist attack on an airliner were being questioned by police last night.

Suspect airline pair may have been rehearsing terror attack

Two airline passengers arrested after scans revealed suspicious items in their luggage may have been on a dry run for a terrorist attack, security sources said today.

Europe's skies at a glance

This was the status of European airspace this afternoon:

Europe began allowing limited air traffic to resume, giving hope to millions of travellers stranded around the world when ash from a volcano in Iceland choked the jet age to a halt.

Irish airspace, with the exception of a block off the south coast, will continue to operate without restrictions, according to the Irish Aviation Authority.

SO much for KITT – the famous talking car from the 1980s hit series Knight Rider – being pure science fiction.

DUBLIN Airport Authority has advertised for the supply of up to &euro;2 million worth of full body scanners to the main terminal in Dublin Airport.

Gordon Brown today called a high-level international meeting in London to discuss methods of countering radicalisation in Yemen, in the wake of the Christmas Day airline bomb attack.

Dutch to use body scanners for US flights