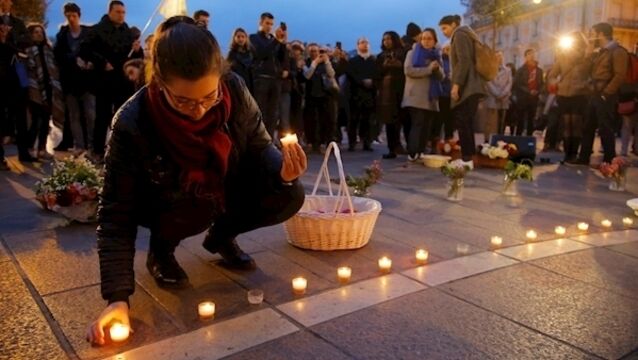 Suddenly, France’s sense of the sacred is burning brightly again

Fear of the loss of transcendence hurts people most about the fire in Notre Dame cathedral, writes Victoria White 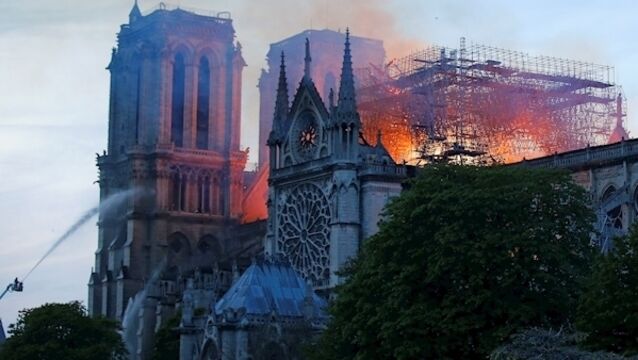 Not every society has symbols that tell a story far beyond their original intent; buildings or monuments so polished

Lots to do in downtown USA city of Pittsburgh

Bubba: It’s been tough but I know I’m on the right path

Sean Cronin rues luck after missing out on Ireland opportunity

Hot tips to update your kitchen and dining room

Rose Martin looks at what&rsquo;s new and what to do in the home this week.

French President Francois Hollande has paid his respects to the fallen of the First World War on Paris’ Champs Elysees avenue for Armistice Day.

Evening briefing: Supreme Court issues ruling on consent in rape cases. Catch up on all the headlines

All aboard for lovely Normandy in north-western France

Mainstay Medical &mdash; the Dublin-based medical devices firm &mdash; has raised a fresh &euro;30m in funding via the placement of 2.3m new ordinary shares in the company.

JESS dropped me to work on Monday. The morning after the day before. I&rsquo;d built Sunday up to be the defining moment in my time at Racing 92. Had we lost in Paris to Toulon, I started imagining how Monday morning would feel.

Kya deLongchamps looks at short back and side-tables, the unsung heroes of ergonomic living and the backbone of a good, working interior decor scheme.

A subdued France paid homage to those killed two weeks ago in the attacks that gripped Paris in fear and mourning, honouring each of the 130 dead by name as the president pledged to &ldquo;destroy the army of fanatics&rdquo; who claimed so many lives.

Fallout from Paris attacks continues as game and separate music event in Germany are called off.

It&rsquo;s been a rocky road, but for Martin O&rsquo;Neill&rsquo;s Republic of Ireland it&rsquo;s about the destination, not the journey.

France wants to unite with the US and Russia in a grand coalition dedicated to fighting Islamic State (IS), French president Francois Hollande has said.

Dublin-based medical devices firm, Mainstay Medical has received a boost to its attempts to commercialise a breakthrough treatment for chronic back pain by securing $15m (&euro;13m) in debt financing.

Paris menswear season ends with an ode to the 80s

Paris menswear shows reached a colourful 1980s-infused climax yesterday, the last day in the spring-summer 2016 collections that saw the City of Light glistening in a summer heat wave.

QUIRKY WORLD ... Pilot attempts to fly around world without fuel

Switzerland: &nbsp;The Swiss pilot of a solar plane embarked on the longest leg of the first attempt to fly around the world without a drop of fuel.

With quiet moments of memory or military pomp, leaders and citizens across Europe marked 70 years since the Nazi defeat and the end of a war that ravaged the continent. However, the East-West alliance that vanquished Hitler is deeply divided today.

World leaders in unity as 3m rally in Paris

FRENCH media estimate up to 3m took part in the Paris rally for unity against terrorism &mdash; more than the numbers who took to the capital&rsquo;s streets when the Allies liberated the city from the Nazis in the Second World War.

France’s president has urged the nation to stay united as it hunts gunmen who killed 12 people at the office of a satirical newspaper.

Paris City Council has rejected plans for a new skyscraper on the city’s 19th-century skyline – but the mayor immediately rejected the vote as invalid.

Seven ways to shop smarter while on holiday

A 67-year-old driver tried to ram through a gate of the French presidential palace yesterday, officials said. He was arrested and treated for light injuries.

A 67-year-old driver tried to ram through a gate of the French presidential palace today.

A 500-year-old mystery came to an end yesterday after a new painting by Leonardo da Vinci of Renaissance noblewoman Isabella d’Este was reliably authenticated with carbon dating.

The 15-year-old daughter of Michael Jackson is physically fine after being taken to hospital, a lawyer for the late singer’s mother said.

The 15-year-old daughter of Michael Jackson is physically fine after being taken to a hospital early today, a lawyer for Jackson’s mother said.

Paris to get first female mayor

A woman will become mayor of Paris for the first time in the city’s 2,000-year history, and voters will have a choice of two candidates.

Man shoots himself at Paris school

A man has died by suicide at a private Catholic school in central Paris by shooting himself in the head, police say.

Paris starts to use sheep to keep grass trim

Paris officials have come up with an eco-friendly way to keep the city’s grass trim – by enlisting hungry sheep to replace gas-guzzling lawnmowers.

Driven by resentment the mind of Zlatan

When Zlatan Ibrahimovic was a kid in the mid-1980s, his mother sometimes hit him on the head with a wooden spoon.

FORMER VOGUE Paris editrix Carine Roitfeld is having it all, all over again.

Military jets trailing exhaust in the red, white and blue of the French flag opened Francois Hollande’s first Bastille Day parade as president on Saturday and parachutists gliding in on chutes in the same patriotic colours ended it, thumping down on Paris’ famed Champs-Elysees in front of the new French leader.

France handed the presidency to leftist Francois Hollande, a champion of government stimulus programmes who says the state should protect the downtrodden - a victory that could deal a death blow to the drive for austerity that has been the hallmark of Europe in recent years.

President Nicolas Sarkozy pledged to achieve a budget surplus for the first time since 1974 and cut France’s swelling debt if re-elected on May 6, warning that his Socialist rival would lead the country towards the fate of Greece or Spain.

More than two decades after the US forced him from power, Manuel Noriega returned to Panama as a prisoner and, to many of those he once ruled with impunity, an irrelevant man.

A noiseless electric car, part of a brand new car-sharing programme in Paris, has knocked over a pedestrian who apparently did not hear it coming.

THIS summer’s volatility across global stock markets continued yesterday, with Thursday’s gains wiped out amid widespread investor nervousness over the European banking sector and whether US President Barack Obama’s $447 billion (€327bn) job creation plan stands up.

A PARIS court convicted former Christian Dior designer John Galliano of making anti-Semitic insults in a bar, but gave him only a suspended sentence, taking into account his apology to the victims.

A Paris court has convicted former Christian Dior designer John Galliano for making anti-Semitic insults and gave him a suspended sentence of €6,000 in fines.

COCO CHANEL: A fashion icon whose name has become shorthand for timeless French chic, a shrewd businesswoman who overcame a childhood of poverty to build a luxury supernova and ... a Nazi spy?

Positive start to week for markets

INTERNATIONAL stock markets made an upbeat start to the week yesterday, seemingly putting the volatility of the past couple of weeks behind them and building on a strong close on Friday.