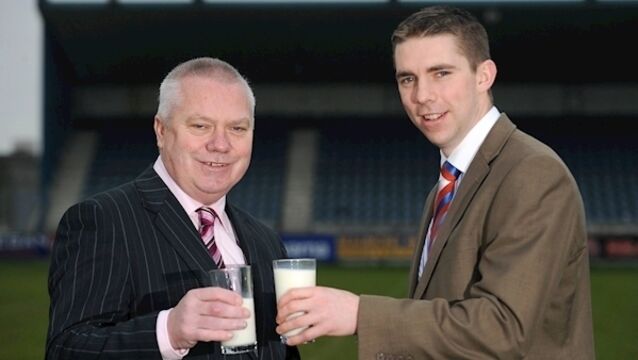 Marc Ó Sé on Páidí: ‘You just wanted to be in his company because every day was an adventure with him’

Just when Marc Ó Sé thought he had heard it all about his famed uncle Páidí, he was presented with another yarn at a recent parent-teacher meeting in The Green CBS. 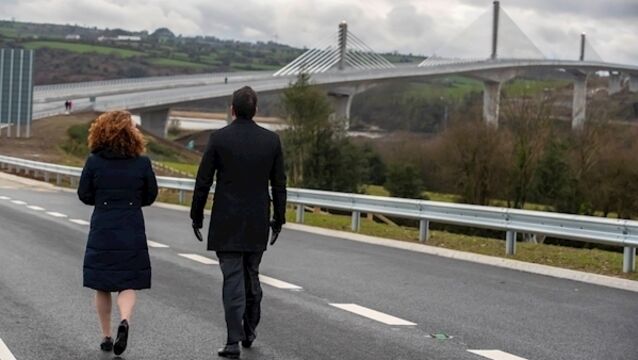 It is not necessary to be as sharp as PJ Mara was to imagine an election planner agreeing a date for the ribbon-cutting at this week’s opening of Ireland’s longest road span bridge.

Here’s who's on the couch with Tubs this week

Arlene Foster's mask slips to reveal all the old hatreds

Always give the impression you’re on top of everything, as PJ Mara did

In a campaign, HQ is a warzone, fuelled by paranoia and occasional outbursts of euphoria, writes Terry Prone

Family, friends and politicians bade a final farewell to PJ Mara yesterday as the former government press secretary was laid to rest in Co Galway.

Fianna Fail isn&rsquo;t sorry for your trouble any more. The party has discarded the sackcloth and ashes. It has paid its debt to society, done its time, fallen from a great height, but is now dusting down to face a challenge for survival. All has changed, but not as utterly as the members might like to think.

A loyal servant and razor-sharp strategist

PJ MARA, who died yesterday aged 73, was probably the most astute political strategist and communicator in recent Irish history.

PJ MARA: The late PJ Mara was the making of Haughey and me, says Bertie Ahern

PJ MARA: Despite all the eulogising, as Haughey’s enforcer he must have known the score

The day I met PJ Mara we were both green and looking a little lost. I had been sent by a newspaper in Dublin to cover an event in the offices of the Construction Industry Federation. I stepped out of a lift to be met by Mr Mara.

When PJ Mara resigned as Fianna F&aacute;il director of elections for the Nice Treaty referendum in 2002 after adverse findings against him in the Flood Tribunal, it looked like he might be departing the political scene for good.

The entire country went a little bit sports-mad this summer, so it comes as no surprise to hear Rugby World Cup 2015 is the phrase people in Ireland searched online for the most this year.

Enda Kenny has promised Fine Gael will outline a fully costed five-year economic plan for his party&rsquo;s election campaign and pledged to reduce unemployment to 6%.

HAD Fianna F&aacute;il&rsquo;s finance spokesman Michael McGrath suggested a decade or two ago, even during an emotional, off-guard moment at one of his party&rsquo;s lively sleepovers, that the party might have to contemplate being a junior coalition partner he would have been taken aside by a fatherly figure, PJ Mara maybe, and told firmly to keep his dangerous, defeatist ideas to himself. Mr McGrath would have felt the steel in the velvet glove on his collar.

Stand-up assassins: Satire proves pen is mightier than the sword

If the pen is mightier than the sword, then satire is the scimitar of political pomposity, argues Rita de Br&uacute;n.

Fianna Fáil officials are staying quiet over claims that one of the party&rsquo;s best-known spin doctors, PJ Mara, could be set to head its general election campaign.

As crime boss Nidge in Love/Hate, Tom Vaughan Lawlor hasn&rsquo;t flinched from dispatching his enemies, and soon he&rsquo;ll be playing another character who knows where the bodies are buried.

One man’s Purgatory, another man’s reality

I have great news to report to most of you this week following a very spiritual weekend in Connemara which featured the First Communion of my beloved grandchild Orla in Spiddal on the Saturday and the christening of her baby sister Annie the following day.

As Martin O’Neill and Roy Keane ride in as the FAI’s new sheriff and deputy, Dave Kenny looks at some other memorable good cop/bad cop pairings from the archives, or should that be ‘bad cop/bad bad cop’?

Blair and Bertie, give us a break

Michael Clifford (Opinion, Nov 4) expounds freely (and accurately) on the debilitating legacy that haunts the ‘bould Bertie, long after his deserved demise in a whirlpool of shame.

POLITICS is rock ’n’ roll for the ugly, and the shucksters, bounders and bumpkins who hang about in Leinster House are a motley crew.

Littlefinger as Charlie Haughey? Nidge as Mara? How we scoffed. But we scoff no more…

Keane’s revelation of affair was Haughey’s ‘most painful’ moment

Charles Haughey’s former press secretary believes the revelation he was having an affair was the “most painful moment” for the former Taoiseach.

Dunphy, women and the Joys of life

ONE of the most striking things about Eamon Dunphy’s upbringing in Drumcondra, on Dublin’s northside, was the love his parents had for each other.

READING a biography of someone you met many times both professionally and socially is an interesting experience. Will the book reveal things about its subject that you didn’t know?

Mara ‘happy to be father again’ at 71

Former government spin doctor PJ Mara has spoken for the first time about his baby and how the recent birth has changed his life after becoming a father again at 71.

Voters will reject Enda Kenny’s bid to abolish the Seanad and will give the Government a “kick in the arse” in October’s referendum, according to ex-government spin doctor PJ Mara.

A banking inquiry would absolve Fianna Fáil of the blame for the financial crash and boost the party’s image ahead of elections, according to former government spin doctor PJ Mara.

‘Lobbying is a way of life’

STEPPING across the threshold of PJ Mara’s home in leafy Ballsbridge, Dublin, you feel a certain dread that you’re about to be ripped apart as a journalist.

Third Age: Cowell joining older dads club could be beneficial to him and baby

Simon Cowell, the man, who had always said he was “too selfish’’ to have children, is apparently going to become a daddy at the age of 53. No wonder he is “freaked out’’ by the news.

The Seanad doesn’t get my vote: it’s an expensive insiders’ charade

THE debate about abolishing the Seanad reminds me of the Groucho Marx line: “I don’t care to belong to any club that will have me as a member.”

Former bank chief has his day in court

Necks stretched and muffled whispers filled courtroom number one as a smartly dressed ex-banker was brought up from a holding cell.

Joan Burton, the social protection minister, has raised questions about Government members interacting with individuals criticised by tribunals following the appearance of Enda Kenny at a public event with businessman Denis O’Brien.