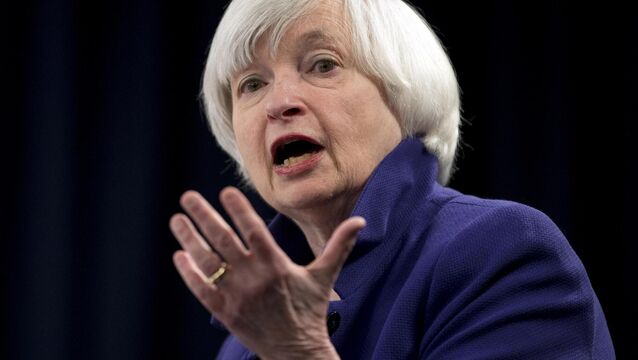 Alison O'Connor: Raising our corporate tax rate will be tough, but it’s the right thing to do

Having brazened it out for so long, Ireland may be about to conform to international standards and leave behind the appearance of shadiness about the way we do business 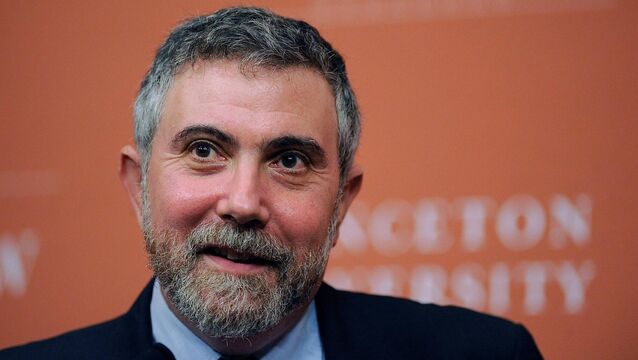 Irish Examiner view: Irish slur was not fit to print

The New York Times has a long-standing slogan that declares its mission to publish “all the news that’s fit to print”.  Created in 1897, it still appears on the masthead of the newspaper. 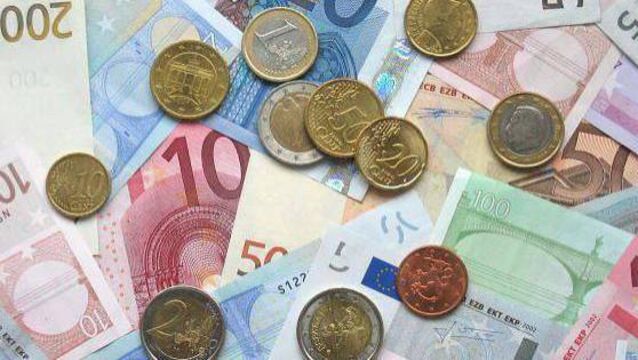 The new Revenue analysis shows that the top 10 payers accounted for €4.4bn.

Irish Examiner View: Politics but not as we know it

The Hunger: Appeals to God and for pity in this clash of two linguistic worlds

Opera sounds a new note on the Great Famine

The Nobel Prize winning economist Amartya Sen is a keen student of Adam Smith he tells JP O&rsquo;Malley. But that doesn&rsquo;t make him a blind follower of free market thinking

The CSO plans to develop a new measure of economic growth which is designed to defuse the &ldquo;leprechaun economics&rdquo; jibe Ireland faced when revised GDP figures portrayed the economy surging at a rate of over 26%

The EU&rsquo;s ethics watchdog led by Emily O&rsquo;Reilly has opened an inquiry into the participation of ECB president Mario Draghi and senior ECB officials in the work of an exclusive group that includes bankers and fund managers.

Central Statistics Office: Their business is the hard facts

The CSO provides data on everything from baby names to shopping habits and economic growth, writes Joe Leogue.

Phone giant Apple and tax will likely loom large next year, but not in a way that some might suspect.

This is the business year in review from July to December.

GDP numbers suggesting the economy leaped in the latest quarter again overstate the strength of the economy, analysts have said, as a wary eye is kept on the potential Brexit fallout in the coming months.

The world turned upside down

Legend has it that the English ballad &lsquo;The World Turned Upside Down&rsquo; was the tune played by the British military band when Lord Cornwallis surrendered to George Washington at the Siege of Yorktown in 1781 during the American War of Independence.

Consumer spending may not be as robust as once thought even as employment continues to grow, economists have warned.

As Prof Joseph Stiglitz said, the State knew what it was doing in agreeing Apple tax deals, writes&nbsp;Alison O&rsquo;Connor.

A long way from the recession - NTMA chief’s comments

The head of the Central Statistics Office (CSO) has said its growth figures, which were dubbed &lsquo;leprechaun economics&rsquo;, do not reflect reality and a new system of measuring the economy is now being developed.

‘Leprechaun economics’ will not lead to crock of gold

What a week for the women and men of the Central Statistics Office. Surely never before has the Irish statistical community occupied such a starring role in our national conversation.

The Institute for Management Development&rsquo;s (IMD&rsquo;s) World Competitiveness Yearbook 2016, released last week, showed that Ireland had moved briskly up the international competitiveness ranking to seventh position globally; the most competitive country in the eurozone, and third most competitive across the EU as a whole.

Now is not the time to take chances

The global economic situation means that budgetary largesse should be avoided at all costs.

Greeks in two minds about what they want

While 80% want to stay in the EU, many also profess to be socialist. A balance of free-market ideals and privatisation, tempered by debt relief, is the best compromise, says Paul Glader

A leading economist has said there is "little basis" for "fear-mongering" over the economy of an independent Scotland.

Chancellor Angela Merkel&rsquo;s government should raise infrastructure investments tenfold compared with a blueprint laid out in the 2014-17 budget plan to help euro-region members such as Italy, the International Monetary Fund said.&nbsp;

Returns on capital should not be cut

Jess Wolfe of Lucius shakes her head in an expression of mild disbelief. “Apparently Paul Krugman got into our music through his daughter,” she says, referring to the Nobel prize winning economist. “He turned up at one of our shows in New York. It was a bit of a surprise. He’s written some very nice things about us, which is always a help.”

One of America’s foremost economists has castigated the Government’s relentless austerity and said the operation of the euro is being run solely in the interests of Germany, to the detriment of Europe.

Nobel-winner: Ideas behind austerity are misguided

Austerity has been forced on Ireland because of a misguided ideology that sinners must be punished, according to Nobel Prize-winning economist Joseph Stiglitz.

Interesting times ahead as Yellen assumes the controls

It is official, then. Janet Yellen is to become the first female ‘chairman’ of the US central bank next February and as such, she will be in a position to affect all our lives.

Rich profiting from our hardship

Your recent front page headline, ‘Austerity filling the pockets of Ireland’s richest’ (Sept 12), confirms the previous evidence of our Government’s support for the wealthy at the expense of the middle and lower classes.

An unhealthy system badly in need of reform

Much as we might think, we are not alone in trying to sort out our health system.

THERE are three reasons why a managed exit by Ireland from the eurozone is the most urgent economic priority. But first consider this reality.

Doomsayers quite wrong on Grexit

In May, as the eurozone veered deeper into crisis, the Nobel Prize-winning economist Paul Krugman penned one of his gloomiest columns in the New York Times entitled “Apocalypse Fairly Soon”.

If Obama does not lose, he needs to find his humility and his humanity

IT will be interesting, after tomorrow’s US Presidential debate, to watch the credit-takers lining up behind the winner.

IT DOESN’T reach quite the readership of Time, but The New Yorker magazine matters, too.

Republicans fear repeating gaffes of the past

Like the former president Richard Nixon, Mitt Romney puts his foot in it more often than not. But don’t write him off, says Jack Shafer

In the middle of a storm, the US is adrift

HURRICANE Isaac had an elemental impact on the Republican National Convention last week. The ‘Grand Old Party’ (GOP) was gathered in Tampa, Florida, to select Mitt Romney as presidential candidate.

The chief of the Bundesbank is an austerity advocate, but his calls for further action, as well as the move to closer fiscal union, have seen him compared to the German leader who preceded Hitler, writes Kyran Fitzgerald

So the people have spoken, or have they?

Iceland’s crisis-management policies are creating the island’s next property bubble less than four years after its banking meltdown threw the economy into recession.

GERMANY is behaving like the euro is a pain in the ass to it, that it has received little or no reward for adopting it as its currency, that it wishes that it never gave up its Deutschmark as its own prized currency and that, now that it is stuck with the euro, it will be damned if it is going to have to pick up the tab for the fecklessness of other European nations (including us).

Three decades ago, British prime minister Margaret Thatcher was confronted with a nation bordering on irrelevance, a stagnant economy and a set of entrenched beliefs about the relationship between the government and the people.

Recent US research suggests that not only are many recoveries from crashes jobless for a long time, but that they also see the destruction of large numbers of middle- class jobs.

Europe on an economic and political suicide mission: Soros

Europe is on an economic and political suicide mission, billionaire George Soros and Nobel laureate Paul Krugman are warning.

Greece is once again teetering on the brink. It was supposed to agree a €130bn bailout deal with the EU/IMF on Monday. It has been postponed twice. The deadline is Feb 15.

JUST a week before the budget, the Nobel Prize- winning economist, Paul Krugman, has again criticised the economic policy of forcing more austerity on the Irish people.

Iceland on mend in spite of refusal to bail out banks

ICELAND’S decision not to bail out its banks and to use state money to help hard-pressed households and lower income groups has left it in a much better place than Ireland, according to two Nobel prize winning economists and IMF experts.