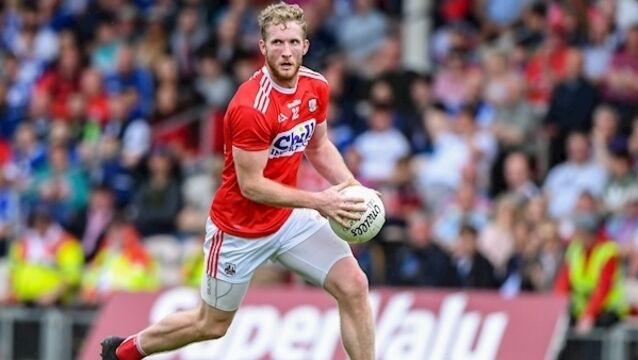 Rory Gallagher has been ratified as the new manager of the Derry senior football team.

If he ends his career without winning an Ulster title, Paddy Bradley says it will ‘haunt’ him forever.

Derry's John McCamley and Eugene Scullion will have their first taste of SFC action in Saturday's Ulster SFC quarter-final against Donegal.

Earley mindful of his knee

Kildare veteran Dermot Earley admits he is “always thinking” of his knee, having just recovered from serious injury, but is confident he can play a part in this year’s championship.

Meath made to pay for missed chances

Crossmaglen Rangers are on course to retain their AIB Ulster Club SFC title after coming through a tough examination from Ballinderry this afternoon.

A GOAL inside the opening minute was the crucial score as Ballinderry held off Dromore challenge to set up a semi-final clash with Crossmaglen.

Wilkinson on the double for Ballinderry

TWO first-half goals from Raymond Wilkinson, the first of them after just 43 seconds, guided Ballinderry to their 12th Derry SFC title yesterday.

THE injury crisis affecting the Dublin hurlers shows no signs of abating with attacker David Treacy looking set to be the latest absentee for Sunday’s All-Ireland SHC semi-final against Tipperary in Croke Park.

It’s a myth that winners are hated. Jose Mourinho and Alex Ferguson draw opprobrium on their teams because of their incessant whining after games.

Square ball rule could be dropped in new GAA shake-up

THE possibility of both the square ball rule being scrapped and Hawk-Eye score detection technology being introduced for the 2012 football championships has moved a step closer.

Key-men Donegal can’t do without

DONEGAL have come out of the dark horse category and won a few new admirers on the way.

Disillusioned Brennan threatens to walk away

Defeat not an option as Kildare grind it out

THEY get knocked down, but they always get up again.

Jury remains out on the Lilywhites

THIS game could have been a blowout.

Kildare too strong for Derry

Lacey positive there is more in Donegal’s tank

A COUPLE of dubious penalty calls, one given to Donegal and one not awarded against them, shouldn’t and won’t sully the county’s first provincial title in 19 years.

WATCHING Derry’s kick-outs in last month’s semi-final, it was striking just how little strategy was put into Danny Devlin’s punts.

Derry upset the odds against Armagh

There will be a number of players enjoying their first taste of the Ulster SFC when Derry and Fermanagh lock horns tomorrow.

Brennan waiting on Diver and Holly

Miskella, Goold and O’Neill get nod for Cork’s clash with Cavan

JOHN MISKELLA has been recalled by Cork for tomorrow’s All-Ireland second round football qualifier against Cavan in Páirc Uí Chaoimh.

No trouble for Derry in Carlow clash

Derry forward Bradley to bow out

Derry forward Paddy Bradley has revealed his plans to retire at the end of his county's 2010 All-Ireland Championship run.

Derry manager Damian Cassidy has handed debuts to Michael Bateson and Declan Mullan, after naming his side for Sunday's Ulster Preliminary round clash with Armagh at Celtic Park (2pm).

DERRY’S footballers have experienced wildly differing fortunes from spring and summer in recent years and Paddy Bradley is hoping that correlation can stretch into a third season as they face into a championship opener against Armagh on Sunday.

Cassidy refuses to use absentees as an excuse

MICKEY HARTE compared this Ulster semi-final to a chess match, but the longest game in that sedentary sport’s history was a sleep-inducing 20-hour marathon that would knock spots off this tie in terms of excitement.

A hurdle too far for Derry?

GIVEN their pathological distaste for one another and given the nature of the most recent championship clash between Tyrone and Derry, it would come as no great surprise if tomorrow’s Ulster semi-final in Casement Park turns out to be another summer Sunday where we get to utter words like “manly”, “gritty” and “grimly compelling” more often than we would like to.

DERRY chairman Seamus McCloy has played down suggestions the Ballinderry club is threatening to pull its players from the county squad.

Galvin urges Limerick hurlers to make it a Munster double

LIMERICK footballer John Galvin has urged his hurling counterparts to make it a Shannonside double act in the Munster championship finals.

CORK football boss Conor Counihan has added four of the county’s recent All-Ireland U21 winners to the senior panel ahead of Sunday’s Munster SFC opener against Waterford in Dungarvan.

NO place for Tadhg Kennelly, and a experimental midfield partnership of Anthony Maher and Mike Quirke, might suggest Kerry are half-hearted about tomorrow’s Allianz Football League final.

Donegal drop to Division 2 with defeat to Derry

Bradley points not enough to give Derry win over Tyrone