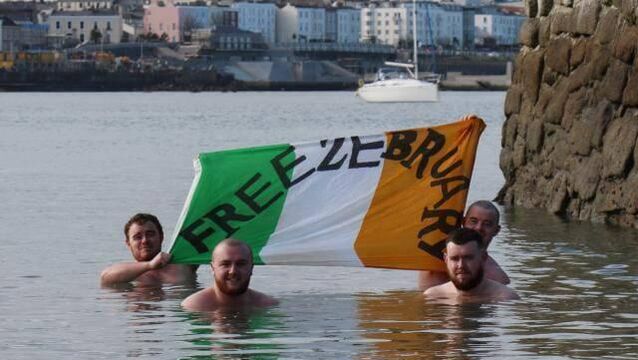 'We needed to do something': Friends take on February challenge for Women's Aid 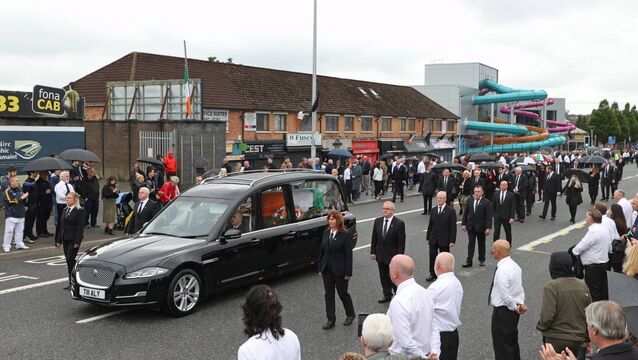 An external officer has been requested to direct the PSNI’s investigation of potential social-distancing breaches at the funeral of a senior republican. 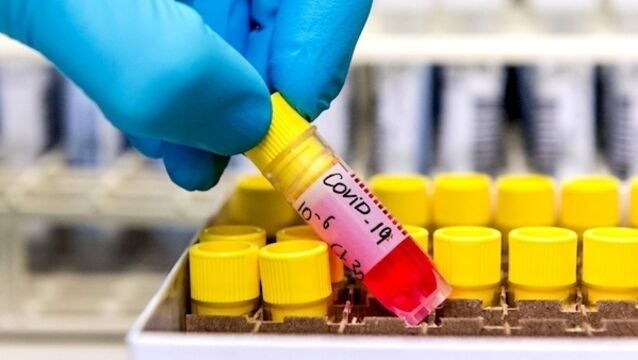 The news comes a day after the Republic announced no new Covid-19 related deaths for the first time in over nine weeks.

'Hope for the future': NI to reveal phased lifting of Covid-19 restrictions

Mary Lou McDonald: 'The idea of Fianna Fáil and Fine Gael being returned again for five years is unthinkable'

Mary Lou McDonald remains adamant that a coalition of the left can still be formed.

In relation to calls from Sinn Féin leader Mary Lou McDonald that there should be a review of the non-jury court, the commissioner said he “wouldn’t be concerned” about a review.

Irish Examiner View: Our hope for change must not be blind

Sinn Féin are the main beneficiaries and drivers of this winnowing.

Sinn Féin leader Mary Lou McDonald says any suggestion that Conor Murphy is holding back information on the murder of Paul Quinn is deeply wrong.

Sinn Féin leader Mary Lou McDonald is under fire after her party was accused of “covering up” IRA atrocities and failing to help the victims of violence.

If he was a man under pressure, Leo Varadkar wasn’t showing it during a leisurely visit to St Joseph’s College in the Dublin suburb of Lucan.

A sideways glance at Election 2020.

The Taoiseach Leo Varadkar has said that it is appropriate that Sinn Féin Northern Minister for Finance Conor Murphy make an apology to the Quinn family for suggesting that their son Paul, believed to have been murdered by the Provisional IRA, had been involved in criminality.

Micheál Martin has criticised the omerta surrounding the murder of Paul Quinn amid questions about what Sinn Féin figures know about the young man's brutal murder.

'No one' from Sinn Féin has contacted family, says mother of murdered Paul Quinn

Nobody from Sinn Féin has contacted Paul Quinn’s family, according to the murdered 21-year-old’s mother.

The mother of an IRA murder victim has demanded that Sinn Féin sack one of its Stormont ministers for accusing her son of being a criminal.

A five-star first-half performance saw Ballyhale Shamrocks blast their way out of relegation trouble in the Kilkenny senior hurling championship.

TJ Reid was the star man as Ballyhale Shamrocks snatched a Kilkenny senior hurling league victory from the jaws of defeat — but they couldn’t get themselves out of relegation trouble.

The bay, a sunken fjord and special area of conservation, is the subject of increasing applications for rope mussel and other types of fish farming.

Their schoolmates may not welcome the outcome but the science is behind their finding: Pupils of a Cork primary school have shown that watching TV while doing written homework is a no-no.

McDonald: Stormont issues could be 'sorted in one hour' if there was political will

Sinn Féin leader Mary Lou McDonald has said that if there was the political will the issues that led to the fall of the Stormont Assembly could be “sorted out in one hour.”

Everything you need to know about this weekend's AIL action

Dave Mervyn looks ahead to this weekend's AIL action.

It would be mackerel stupid to believe that the international campaign to expel Saddam Hussein’s army from Kuwait in 1990 was undertaken, at vast expense in lives, treasure, and political-system capital, to defend democracy — or for what then passed, and still does, for democracy in the Middle East. There was other, far more lucrative skin in that game.

Andrew Cagney’s goal entering the final quarter of the game was the crucial score as Charleville edged out Graigue-Ballycallan in this All-Ireland intermediate club hurling semi-final in Thurles.

Christian Brothers College booked their place in the Harty Cup semi-finals in most dramatic fashion this afternoon.

We need a smaller beef herd and an emphasis in dairy on premium products like cheese and ice-cream, writes Victoria White

Uncertainty over who calls the shots in the DUP is threatening to leave efforts to restore Stormont in limbo, Sinn Féin has warned.

The DUP has said "huge differences" still remain to be resolved before powersharing at Stormont can be restored.

Kingdom should give Clifford a break, warns Tralee boss Brosnan

After watching David Clifford secure a first Sigerson Cup win for Tralee in 11 years, manager Liam Brosnan questioned the need for one of Kerry&rsquo;s treasured assets to be playing senior county football so soon.

Mary Lou McDonald is facing a clear run to become the next leader of Sinn F&eacute;in as her potential rivals said they would not be contesting the race to replace Gerry Adams.

There is never a right time to go. But, surrounded by his loyal supporters, Gerry Adams is tonight expected to announced he will stand aside as president of an organisation he has led for more than half of his 69 years, writes&nbsp;Elaine Loughlin.

Latest: Howlin calls on Varadkar and May to intervene in NI talks

Latest: Labour Party Leader Brendan Howlin has called on the Taoiseach and British Prime Minister to both personally intervene to advance the stalled talks in Northern Ireland.

The Irish and British governments are set to present Northern Ireland's parties with their version of a proposed deal to break the powersharing impasse at Stormont, Sinn Féin has predicted.

Pupils from Irish medium schools in Northern Ireland have rallied outside Stormont to protest at the ongoing deadlock over the introduction of language legislation.

The DUP privately acknowledges that Brexit will be an economic disaster for the island of Ireland, a senior Sinn Fein member has claimed.

The Northern Ireland Secretary has given Stormont&rsquo;s divided politicians more time to clinch a deal.

The Northern Ireland Secretary has given Stormont's divided politicians more time to clinch a deal.

The increasing frequency of extreme weather events worldwide is the focus of a symposium being held in Galway today aimed at enhancing the international scope of Irish climate change research.

The British government is merely "going through the motions" in talks to restore powersharing at Stormont and is more focused on their efforts to strike a deal with the DUP at Westminster, Sinn Féin has claimed.

The UK Government will not allow political talks to restore powersharing in the North to drift past Easter, Secretary of State James Brokenshire has warned.

Unlucky in love as romantic date ends in €1,500 fine

An evening with wine in the home of an Italian man in Kenmare, Co Kerry, did not meet the romantic expectations of a Polish woman after he told her he did not want to settle down, and the relationship would not be permanent.

Unlucky in love as romantic date ends in €1,500 fine

An evening with wine in the home of an Italian man in Kenmare, Co Kerry, did not meet the romantic expectations of a Polish woman after he told her he did not want to settle down, and the relationship would not be permanent.

The appointment of Michelle O&rsquo;Neill as Sinn F&eacute;in&rsquo;s leader in the North has drawn suggestions the party is handing over power to a new, younger generation with no IRA past.