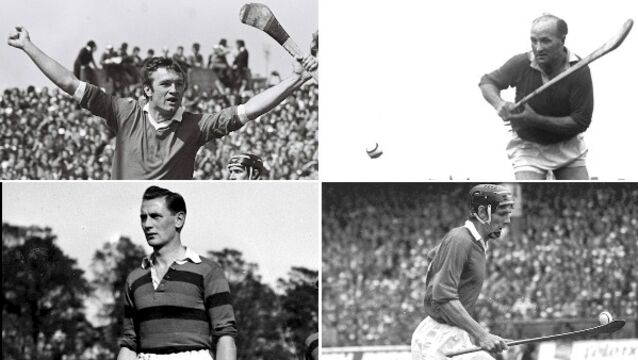 Your county’s greatest? Have a look and tell us what you think. We’ve started with Cork but we’ll move to other counties soon, so get your nominations and your arguments in order: we may accommodate the former but we’re definitely looking for the latter. Just don’t be too hard on Michael Moynihan for this one... 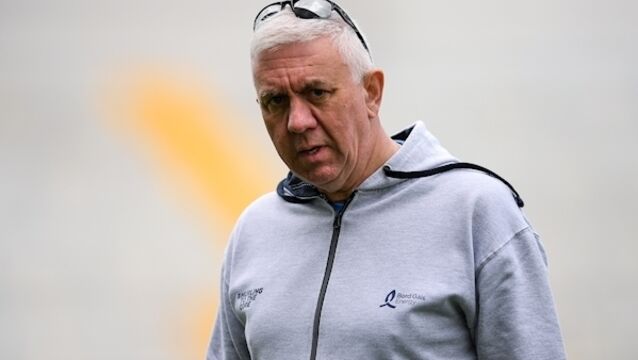 Legendary Cork goalkeeper and now head coach Ger Cunningham said he would have loved the current Munster championship format to have been in place during his playing career. 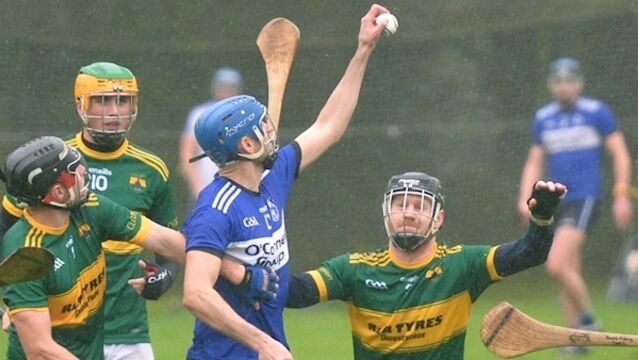 There are more than a few examples of Cork clubs that have been escaped the clutches of junior hurling and then gone on to claim intermediate glory.

Cusack return about more than symbolism?

How the Irish fared: David McGoldrick pounces as steely Blades cut down Preston

Goal number 13 for the season was far from unlucky for David McGoldrick as his first-half effort gave Sheffield United a 1-0 win at Preston on Saturday, a result that lifted the Blades back into the automatic promotion places in the Championship, after Leeds United lost 1-0 away to Birmingham City.

It was back in 2010 that I sat down with Brian Barry-Murphy for a lengthy conversation about the highs and lows — but, mainly, the highs — of what the then 32-year-old Rochdale midfielder was only too happy to describe as a “journeyman’s” career spent mainly in the English lower leagues.

Corkman Brian Barry-Murphy appointed manager of League One side Rochdale

Rochdale have announced that Corkman Brian Barry-Murphy has been appointed first-team manager, signing a two-year deal.

‘It was like the two weeks leading up an All-Ireland’

Right then, all set for the weekend&rsquo;s big one in Blighty?

John Meyler would prefer if Cork&rsquo;s Allianz Division 1A opener against Kilkenny was played on Sunday afternoon and not on Saturday night.

Jimmy Barry-Murphy ‘amazed by the progress Cork have made’

The big interview with Seanie McGrath: The epitome of Corkness

Clare have been a constant reference point in Seanie McGrath&rsquo;s adult life. Twenty years ago he made his championship debut, trash-talking with Anthony Daly on his way to five points. In 1999, the last Munster final between the two counties, he set up the winning goal. Then he was by Jimmy Barry-Murphy&rsquo;s side as a selector in a series of All-Ireland finals against the Banner in 2013. He even married a girl from Clare. But all the while, he&rsquo;s remained pure Cork.

How tricky is it for these managers to deal with players from a different generation, asks&nbsp;Michael Moynihan.

The ten commandments of a GAA journalist

Thou shall take the Lord&rsquo;s name in vain

Let it Glow &mdash; the countdown to the festive season in Cork is officially on.

Cork County Board chairman Ger Lane has expressed his delight with the county&rsquo;s securing of Kieran Kingston as new senior hurling manager.

Cork board to discuss managerial vacancies

The ongoing search for senior inter-county managers is expected to dominate discussions at tonight&rsquo;s Cork County Board meeting, but no appointments are expected.

John Cleary is not in the running to replace Brian Cuthbert as Cork senior football manager, contrary to reports yesterday.

Hurling&rsquo;s managerial carousel had already picked up considerable pace by the time Kilkenny returned up the steps of the Hogan Stand in early September, several high-profile figures opting off the merry-go-round.

Pat Mulcahy and Pat Ryan out of Cork manager race

Two of the men linked with the vacant Cork hurling manager&rsquo;s post have ruled themselves out of contention to succeed Jimmy Barry-Murphy.

Barry-Murphy was calm in face of pointless noise

Former Cork hurler Tom Kenny believes the county should implement a succession plan when appointing the man to replace Jimmy Barry-Murphy as manager.

Cork hurling must carry on the JBM tradition

It was a strange 24 hours, or maybe 36 hours, for Cork GAA, writes Michael Moynihan.

Time catching up with days of the GAA dual star

Over the weekend Jimmy Barry-Murphy made the headlines, stepping down as Cork senior hurling manager. It was his second time in the limelight in less than a week, as he was made a member of the GAA Hall of Fame a few days ago.

It was time for a change.&nbsp;

Jimmy Barry-Murphy: Dual days are over

Jimmy Barry-Murphy insists he remains the Cork hurling manager - though for exactly how much longer he refused to speculate. And he admits he was &ldquo;selfish&rdquo; in accommodating dual players in recent seasons, insisting the day of senior inter-county doubling up is history.

Tomás Mulcahy: Jimmy Barry-Murphy should stay on as Cork manager

Tomás Mulcahy favourite to be next Cork hurling boss

Tom&aacute;s&nbsp;Mulcahy has emerged as the hot favourite to be the next Cork senior hurling manager as doubts persist about Jimmy Barry-Murphy&rsquo;s willingness to continue in the position next season.

Board won’t rule out outside appointment for Cork hot-seat

Cork County Board chairman Ger Lane has neither ruled in nor out the prospect of the county appointing an outside senior football manager to succeed Brian Cuthbert.

Still waiting for summer to fire

Does the hunt for a cracking championship game in hurling go on?

&ldquo;I can&rsquo;t wait for next year.&rdquo; Jimmy Barry-Murphy might have said the words but there was little enthusiasm or defiance in his tone when he made the vow.

One change for one Cork team and two for the other as the pair put the final preparations to their do-or-die championship clashes at the weekend.

In the zone: How Jimmy Barry-Murphy has rejigged Cork’s approach

If Jimmy Barry-Murphy didn&rsquo;t know he was doing something extraordinary, he must surely have realised it when D&oacute;nal &Oacute;g Cusack lauded his changing of the script after the qualifier win over Clare last Saturday week.

They mightn&rsquo;t know it but Brian Cuthbert and Jimmy Barry-Murphy are following similar journeys, following paths they hardly envisaged when they became managers of Cork&rsquo;s football and hurling teams but ones borne of necessity more so than design.

Jimmy Barry-Murphy praised the character of his players on Saturday night, but he also cited his team&rsquo;s structure in their win over Clare.

Cork’s shapeshifters can find another dimension

If last year&rsquo;s All-Ireland qualifier against Sligo was the day Cork footballers tore up the script and started again, was the hurlers&rsquo; backdoor game with Wexford last Saturday the day they changed tack?

A bit more bite and Cork will be in business

Wexford in Wexford Park. A test that got the better of the 2013 All-Ireland hurling champions last year and even spurred the Model County&rsquo;s footballers to a shock victory on Saturday.

Eight first-half wides and a similar number of aimless deliveries into attack contributed largely to Cork&rsquo;s Munster championship exit, according to Jimmy Barry-Murphy.

Derek McGrath hit out at the pessimism of Waterford supporters following the victory, which included his own father.

Cork 1-21 Waterford 3-19: An afternoon of affirmations played itself out in Thurles yesterday as Cork were once more found wanting when confronted by the energy and wit of Waterford, who delivered the better championship performance.

Cork manager Jimmy Barry-Murphy is concerned by the growing tendency of his team to flop on the big occasion.

The Cork hurling management will decide tomorrow night if Seamus Harnedy will play any part in Sunday&rsquo;s Munster championship semi-final against Waterford.