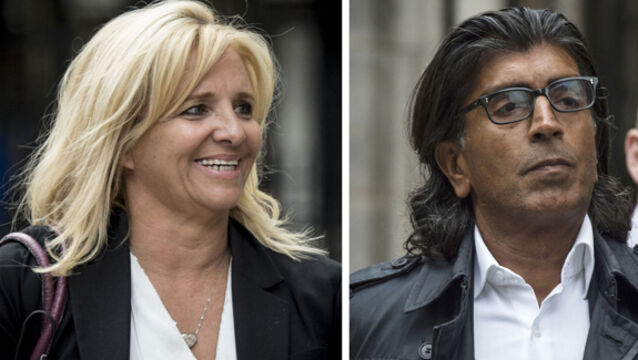 UK tycoon who says he never wed ex-'wife' may have pay out anyway, lawyer warns

A wealthy businessman who says he and his former ''wife'' were never legally married may still have to pay out even if a judge rules in his favour, according to a specialist lawyer. 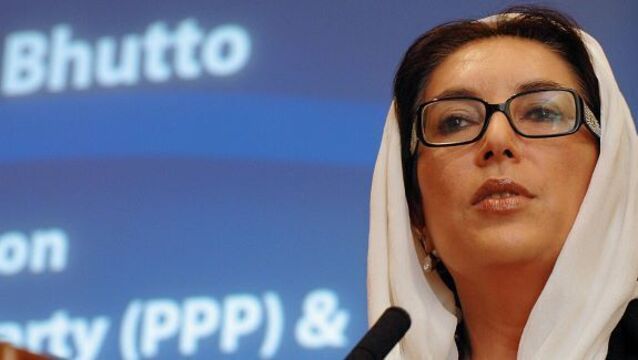 A Pakistani court has sentenced two former police officers to 17 years in prison for failing to protect former prime minister Benazir Bhutto, but acquitted five suspected militants who had confessed to taking part in her 2007 assassination. 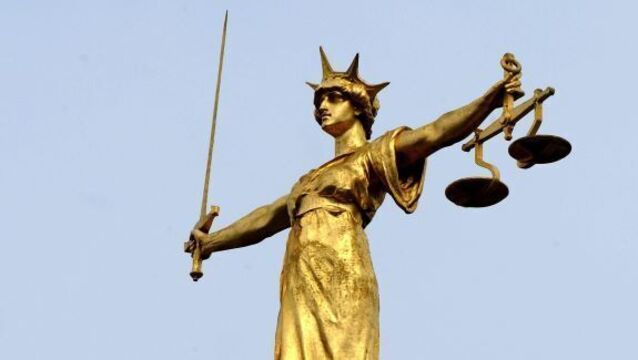 An undercover officer told how he posed as a courier firm boss to help catch convicted terrorists dubbed the "Three Musketeers" allegedly plotting an imminent attack on British soil.

‘I never want this to happen again’

Care plan for mother was ‘not clear’

The care plan for a mother whose baby boy died less than two days after his birth was &ldquo;not clear&rdquo;, an inquiry heard yesterday.

A Labour councillor has been suspended after describing &ldquo;Zionist Jews&rdquo; as a &ldquo;disgrace to humanity&rdquo; and supporting calls for Israel to be relocated to the US, becoming the party&rsquo;s second elected politician in a day to face investigation.

The Labour Party in England has suspended a councillor over social media posts, including a suggestion that Israel should be relocated to the United States.

Tariq Aziz, the debonair Iraqi diplomat who made his name by staunchly defending Saddam Hussein to the world during three wars and who was later sentenced to death as part of the regime that killed hundreds of thousands of its own people, has died in a hospital in southern Iraq, officials said. He was 79.

Electrodes in brain to target anorexia

A British woman has had electrodes placed deep inside her brain in an experimental operation to help cure her of anorexia. She had wires carrying electricity connected to parts of her brain that register her feeling of reward when she eats.

Drug given to increase contractions despite risks

A woman in labour at Cavan General Hospital continued to be given a drug to increase contractions despite evidence that her uterus was over-stimulated and her baby was in distress, an inquest heard.

Hit by two tragedies in quick succession, the Malaysia Airlines brand may become the airline industry&rsquo;s equivalent of asbestos or News of the World: toxic to the public and, according to experts, impossible to redeem.

A controversial Pakistani cleric who runs an Islamic seminary for girls in the capital, Islamabad, has named the school’s new library in honour of Osama bin Laden.

Mauritanian president in hospital after military fires on his car

Mauritania’s President Mohamed Ould Abdel Aziz is being transferred to Paris for treatment and examinations after being wounded when the military fired on his vehicle outside the capital.

Ireland U21 manager Noel King is refusing to give up the Euro qualification quest following last night’s defeat to 10-man Turkey.

Gang plied teen girls with drink to use them for sex

A gang of 11 men plied girls as young as 13 with drink and drugs so they could “pass them around” and use them for sex, a court heard.

IRELAND U21 boss Noel King is adamant his side are still in the mix for reaching the 2013 European Championships after watching them suffer a first competitive loss under his reign in Manisa.

SADDAM Hussein’s henchman Tariq Aziz is to ask for an Iraqi presidential pardon from his death sentence for persecuting opponents.

Saddam Hussein’s henchman Tariq Aziz is to ask for an Iraqi presidential pardon from his death sentence for persecuting opponents.

Iraq’s president has declared that he will not sign off on the hanging of Tariq Aziz, joining the Vatican and others in objecting to the death sentence for the man who for years was the international face of Saddam Hussein’s regime.

IRAQ’S high tribunal yesterday passed a death sentence on Tareq Aziz, once the international face of dictator Saddam Hussein’s regime, over the persecution of Islamic parties, the court said.

US hands over prison keys to Iraq

The US military handed over Tariq Aziz and dozens of other members of Saddam Hussein's inner circle to Iraqi authorities who will assume control today of the last American-run detention facility in the country.

Elton John to appear in Morocco despite Islamic opposition

Elton John is to headline a music festival in Morocco, despite protests from Islamic political parties.

Saddam Hussein’s former foreign minister Tariq Aziz was convicted of crimes against humanity and jailed for 15 years today for the 1992 execution of 42 traders accused of profiteering while Iraq was under UN sanctions.

INDIAN security forces shot dead at least 11 Muslim demonstrators in Kashmir yesterday amid a wave of anger against India’s control of the region.

TAREQ AZIZ, the international face of the brutal regime of hanged Iraqi president Saddam Hussein, was back in the dock yesterday on charges of crimes against humanity — but without any lawyers to defend him.

An Iraqi court has resumed hearing the case against Tariq Aziz and seven other former regime officials who face charges in the 1992 execution of dozens of merchants.

The spiritual leader of Iraq’s Catholics today made a Christmas appeal for refugees who have fled the country to return.

Thousands of activists under siege in Pakistan

POLICE in Pakistan rounded up almost 500 opposition leaders and rights activists yesterday after the country’s military ruler suspended the constitution, ousted the top judge and deployed troops to fight what he called rising Islamic extremism.

Pakistani authorities have reconstructed the severed head of the suicide bomber who killed seven people near President Pervez Musharraf’s office as a probe was opened to determine who was behind the blast, police said today.

Security forces backed by helicopter gunships killed 10 suspected insurgents today in a mountainous valley in north-western Pakistan, where the government is battling supporters of a militant pro-Taliban cleric, the military said.

'Time running out' for Musharraf-Bhutto deal

Time is running out for President Gen. Pervez Musharraf to finalise a pact with ex-premier Benazir Bhutto that would keep the US-allied leader in office, Bhutto’s party warned today.

Hollinger files for protection from bankruptcy

HOLLINGER, the holding company that was at the centre of Conrad Black’s collapsed newspaper empire, has filed for bankruptcy protection while asserting control over its main remaining asset, a stake in Sun-Times Media Group.

Three blasts struck a military convoy in north-western Pakistan today, killing 14 people in an intensifying militant campaign of violence against the government in the restive border region, an army spokesman said.

THE captured chief cleric of a militant mosque was allowed to lead funeral prayers for his slain brother yesterday and he predicted that the deaths of the mosque’s defenders in an army raid would push Pakistan toward an “Islamic revolution”.

THE top-ranking cleric of a radical mosque besieged by government forces in Pakistan’s capital rejected calls for an unconditional surrender yesterday, saying he and his die-hard followers were ready for martyrdom.

The siege of a radical mosque in Pakistan’s capital entered its third day today after troops rocked the complex with gunfire and explosions and Islamic militants holed up inside rejected government calls to surrender.

Security forces clashed with Islamic students outside a radical mosque in the Pakistani capital Islamabad today, triggering gunfire that killed nine people, including four of the militant students, a senior official said.

GUNFIRE and explosions rocked a besieged radical mosque in Pakistan’s capital last night, as Islamic militants holed up in the complex ignored a call from their captured leader to surrender.

Security guards prevented a suicide bomber from killing Pakistan's interior minister in an attack at a political gathering in a north-western town today that left at least 22 dead and 35 wounded, officials said.