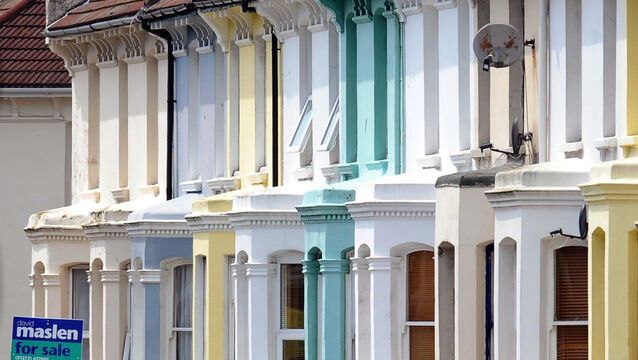 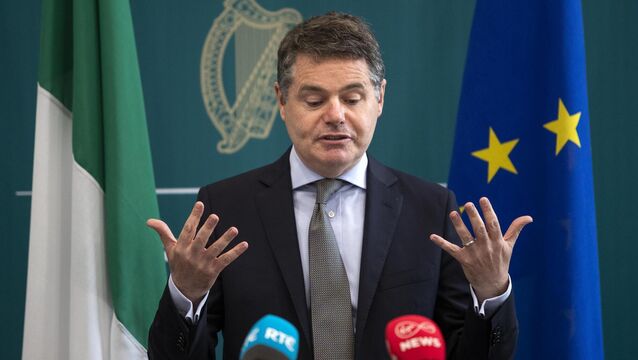 Although the longer-term outlook for new foreign direct investment is 'uncertain', the ratings agency believes that 'most' multinationals will not relocate out of Ireland. 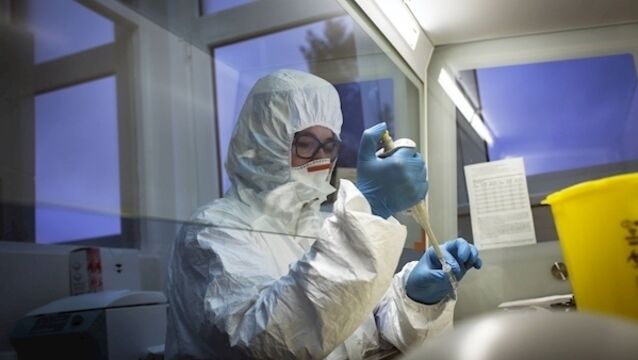 The recovery in stock markets from their mid-March lows continues unabated despite the plethora of weak economic data and the cautious approach of governments to lifting restrictions in re-opening their economies.

The Central Bank has urged the next government to keep a firm grip on public spending and reduce public sector debt.

Brexit ‘is not yet done’ and could still cost UK: S&P

Brexit has not yet been done despite Britain formally leaving the EU tonight and negotiations could yet mean it will lose out on “large-scale” investments, S&P Global Ratings has said.

Long and short-term interest rates in the eurozone and the US will likely stay low for "the next several years", according to Moody's Investors Service.

Thomas Cook lenders may have long wait for little return

Thomas Cook’s grounded planes are likely to disappoint creditors waiting to get some of their money back after liquidators sorting through the company’s wreckage sell them off.

The weight of opinion is building that the ECB will return to some sort of easing and cut rates as early as September, after the ECB was reported to be mulling changing its inflation target, and S&P Global Ratings projected some sort of stimulus, while a poll by Reuters suggested the central bank will cut the deposit rate.

All eyes on interest rates around the world

Buoyant stock markets continue to climb higher. The Euro Stoxx-50 is up 17% so far this year-to-date.

The days of Irish banks writing back large loan-loss provisions are coming to an end and it is “critical” for the lenders to hike fees and commissions to offset a squeeze on their profits, according to S&P Global Ratings.

In March 2018, global equity markets marked the ninth anniversary of the bull run and almost immediately went into a mood of increased nervousness.

The lending activity of Irish banks and access to credit for consumers and SMEs are unlikely to be adversely affected even in a worst-case Brexit scenario, the Central Bank has said.

Sterling surged almost 1% against the euro ahead of another series of votes in the Commons as investors bet that MPs were moving toward endorsing a soft version of Brexit.

A less aggressive posture from the world’s central banks, and moves by Chinese authorities to support economic growth, will assure a rebound in equities from the US to China, according to veteran economist Allen Sinai.

Credit ratings agency S&P still expects the ECB to raise interest rates for the first time in eight years next September, despite growing sentiment of late that no rate rise is likely until the very end of 2019 at the earliest.

European shares played catch-up with the US by falling for a second day, suggesting the global rout for stock markets is far from over.

The earnings season has resulted in some dramatic contrasts in fortunes among leaders in the technology sector.

Rising consumer prices means the ECB is on course to hike interest rates sometime in late 2019, even though borrowing costs will come too early for Greece and Italy, S&P Global Ratings has said.

What a difference a few months can make and what damage a Twitter-happy finger can do.

The Central Bank has defended its probe into the €1bn industry-wide tracker mortgage scandal, saying the recent addition of 4,000 AIB customers came about directly as a result of its intervention.

Most Irish households would probably struggle to identify any direct link between their daily lives and a slump in hugely-overvalued American company stock prices, writes Eamon Quinn.

Markets so quiet despite signs to the contrary

The famous market volatility index, the measure of nervousness and price action, is at an historic low.

Greek government bond yields dipped yesterday after Fitch became the second ratings agency to upgrade it to &ldquo;Single B&rdquo; status, marking another milestone in the debt-laden country&rsquo;s slow journey away from default territory.

Analysts are pouring over market charts of the Cuban missile crisis in the early 1960s and the war of words over North Korea to assess whether investors&rsquo; fright will calm any time soon.

Irish home prices will surge at the fastest pace in Europe in the coming years, fuelled in part by bankers moving to Dublin as the UK prepares to depart the EU, S&amp;P Global Ratings has said.

ITC, Asia&rsquo;s second-largest cigarette maker by value, plunged the most in 25 years after India surprised investors by raising levies on tobacco products.

Technology shares led a broad slide in US stocks Tuesday after a day of mostly choppy trading.

The current political instability in Britain is likely to impact the country&rsquo;s economic growth this year, said Standard &amp; Poor&rsquo;s chief economist for the European, Middle East and Africa.

Irish-controlled glass and metals packaging group Ardagh has launched a &pound;400m (&euro;457m) eight-year bond offering, with the proceeds set to be used for the early repayment of existing debt.

S&P: Irish banks in health even as loans weigh

Irish banks have returned to financial health but non-performing mortgage loans will drag on their credit scores for some time, according to S&amp;P Global Ratings.

AIB is in sufficiently good financial health for the Government to sell shares in the bank, an S&amp;P Global Ratings analyst has said.

The Government&rsquo;s tax take for November was more than 2% or &euro;177m ahead of target, largely driven by another strong month for corporation tax. It is the most important month of the year for tax receipts.

Turbulence in financial markets calmed after a knee-jerk selloff in stocks and rally in safe-haven assets as investors reassessed the effects of Donald Trump&rsquo;s surprise victory in the American presidential election.

Even as the S&amp;P 500 Index sits near a record, analyst forecasts just turned negative for a sixth straight quarter for corporate results in the three months ending in September.

Irish house prices will continue to increase over the next two years even as UK prices start to slide this year and through 2017 because of the British decision to leave the EU, according to S&amp;P Global ratings.

The Government will have to do more to rein in health costs if it is to avoid a bigger debt pile, S&amp;P Global Ratings has warned.

Fitch Ratings yesterday signalled it would not downgrade Ireland&rsquo;s credit rating despite the huge market turmoil and warnings of slower growth here after the UK voted to quit the EU.

The Government is on a direct collision course with Europe over demands to allow Ireland maintain special trading links with Britain in the wake of Brexit.

Michael Noonan: Brexit has no impact on next budget

The knock-on economic consequences from Brexit are unlikely to impact on the next budget but could reduce public spending power in future years, Finance Minister Michael Noonan has said.

Standard &amp; Poor&rsquo;s Global Ratings (S&amp;P) said a reduction in the amount of government debt held by banks would be a positive step towards protecting the European banking sector from future economic shocks but has warned against any excessive regulation to force the issue.

Ireland is the country most exposed to an economic fallout, if the UK were to vote to exit the EU in less than two weeks, S&amp;P Global Ratings has said.

Disappointing some expectations, S&amp;P Global Ratings &mdash; the new name for Standard &amp; Poor&rsquo;s &mdash; left its ratings unchanged for Ireland yesterday, citing the potential&nbsp;washback&nbsp;on the Irish economy should the UK decide to leave the EU in the referendum that takes place in less than three weeks.

Ireland will have ‘little to fear if UK votes for Brexit’

Ireland has little to fear even if the UK were to vote in little under a month to exit the EU, according to one of the world&rsquo;s leading credit ratings experts.