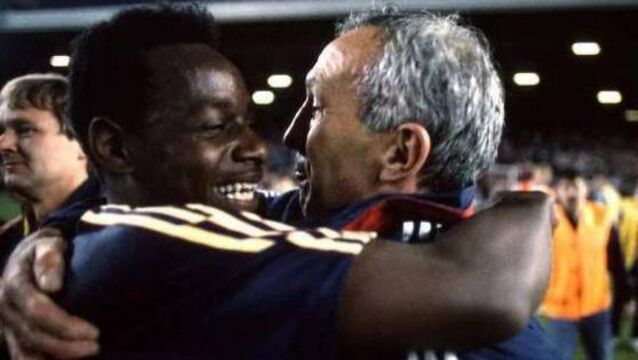 A much-travelled player and coach, Foley most famously was George Graham's assistant manager when Arsenal won the First Division title at Anfield on the final day of the season in 1989. 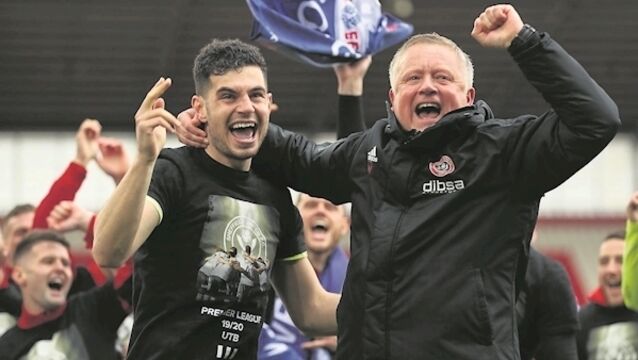 The greening of Sheffield 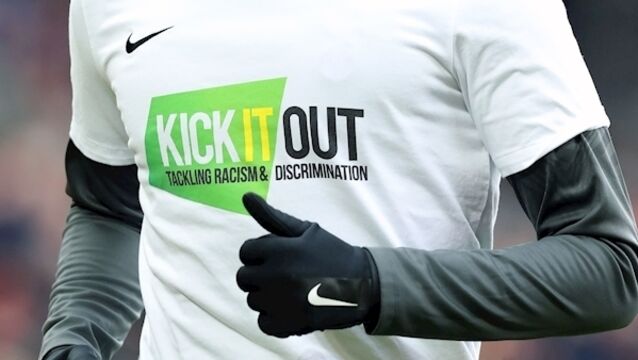 A number of racism-related incidents have plagued English football in the last number of months.

Gaelic football can learn from the way catenaccio was prised open

How the Irish fared: Pádraig Amond left with mixed emotions

Prehistoric&rsquo; was one of the kinder words used by critics of Jack Charlton&rsquo;s brand of football when he was manager of Ireland but in the foreword he has penned for a newly published biography by Colin Young, the man himself makes the claim that, au contraire &ndash; or, more likely, &lsquo;bugger that&rsquo; &ndash; his Ireland team actually laid the foundations for the game as we know it today.

How the Irish fared: Wes Hoolahan and Robbie Brady on song for Norwich

With the World Cup qualifier against Georgia just days away Ireland boss Martin O&rsquo;Neill will have been pleased to see Wes Hoolahan and Robbie Brady shine at club level this weekend.

Our reaction on next weekend&rsquo;s international break tells you something about what The Special One has already changed at Old Trafford.&nbsp;

Will Real Madrid's dreams be haunted by Manuel Pellegrini?

Half the Real Madrid side have links with Manchester declared Marca&nbsp;yesterday, as always the voice of Madrid, cranking up the volume about tonight&rsquo;s match against Manchester City.

Two professional footballers, who have played for Ireland at underage level, have been banned from the Cheltenham Festival. They were pictured urinating into a glass that was then emptied over the balcony.

Holders Arsenal must entertain Burnley in the fourth round of the FA Cup while Northampton&rsquo;s reward if they can get past MK Dons in a third-round replay will be a visit from Chelsea.

How the Irish fared: John Egan scores as Gillingham put Blades to the sword

The opening weekend of the Championship season was a pretty uneventful one for the Irish.

As well as the Eurovision, highlights include the return of The Good Wife to RTÉ

Aiden McGeady got “cold feet” about joining Wigan at the last minute, the Irish Examiner understands.

Jason Byrne joined Cork legend Pat Morley in second place on the all-time League of Ireland goalscorers’ list as his 182nd goal saw Bray Wanderers come back from a goal down to earn a deserved point at Turner’s Cross last night.

Overwhelmed not just by the number, but by the calibre of those interested in the post, Sligo Rovers have extended the deadline in its search for a new manager until Monday.

THE Republic of Ireland should exert constant pressure on Estonia’s defence to force errors that will clinch qualification for the final stages of Euro 2012.

United back to winning ways

MANCHESTER UNITED avoided further humiliation after their derby drubbing as they breezed through last night’s Carling Cup fourth round clash at Aldershot, winning 3-0.

NORWICH suffered a stunning 4-0 home defeat at the hands of npower League One leaders MK Dons as the three newly-promoted Premier League clubs exited the Carling Cup at the second-round stage last night.

Roy Hodgson endured more lows than highs during his short reign at Anfield.

Colin Calderwood has been confirmed as the new manager of Hibernian.

Talk of the town

I’M not saying I’m a jinx but no sooner had I predicted that Liverpool would win the league last season than they started badly, never recovered and ended up dropping out of the top four.

Joys of being lost in translation

SO farewell then Yerevan, and apologies to sensitive newspaper readers and television viewers at home who might have been exposed to disturbing glimpses of the milky white thighs of the travelling Irish press corps over the past 48 hours.

BOHEMIANS have been drawn against Welsh side TNS (now The New Saints, formerly Total Network Solutions) in the Champions League second round qualifying round.

Rangers have confirmed that majority shareholder David Murray has begun discussions with London-based property developer Andrew Ellis regarding a takeover.

JOSÉ Armando Ufarte Ventoso was the man who broke Irish hearts in Paris 44 years ago but many still feel an own-goal by the FAI had sealed the side’s fate some weeks before.

Leeds United face an away tie against Oldham Athletic in the first round of the FA Cup.

Keane back in the spotlight with TV documentary

IT WAS a union no one could have imagined. Four years after the infamous Saipan bust-up prior to the 2002 World Cup Roy Keane and Niall Quinn joined forces at Sunderland.

If you tolerate this then Keane may be next

THE LAST few weeks have taught everyone just what fan power can achieve at a football club in the North East of England.

Roy Keane admits he is desperate to improve on his poor cup record since going into management at Sunderland.

Middlesbrough are hoping to seal the signing of Egyptian international midfielder Mohamed Shawky before the transfer window closes.

The jersey worn by George Best during the Manchester United versus Northampton Town FA Cup match in 1970, when he scored six goals and played arguably his finest ever football performance, sold today at Christie's for £24,000 (€35,500).

NON-LEAGUE Exeter were yesterday handed a glamorous trip to Manchester United in the third round of the FA Cup.

Trouble for City as stars set to leave

George O'Callaghan is to hand in a transfer request to Cork City while John O'Flynn could be on his way to Northampton, the Evening Echo newspaper revealed today.

O'Flynn sits out visit of Derry

AN unfamiliar looking Republic of Ireland U18 squad flew out to Portugal yesterday to take part in the Viseu International Tournament.

Birmingham co-owner David Sullivan has admitted that manager Steve Bruce did not think Argentinian striker Luciano Figueroa was “good enough” to play in the Barclaycard Premiership after the St Andrews club cut their losses on the summer signing.

Joe Kinnear is in talks about a shock return to Luton just a fortnight after being sacked by the club following their takeover by a mystery consortium.