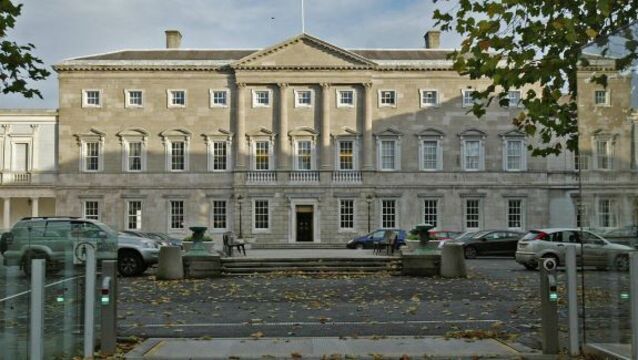 One in seven TDs have hired family members to work with them in the Dáil. 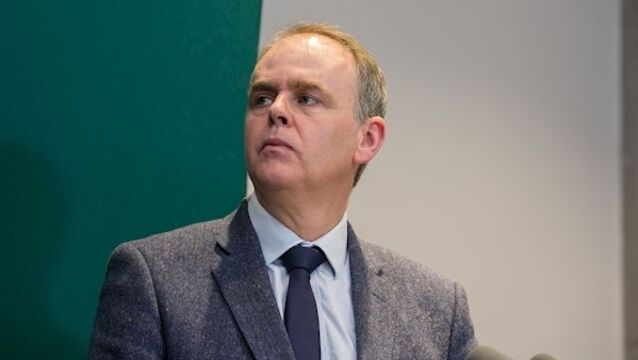 It is understood that the programme for 10,000 children, which seeks to include those with Down syndrome, is highly reliant on volunteers coming forward and there is a concern not enough have signalled a willingness to do so. 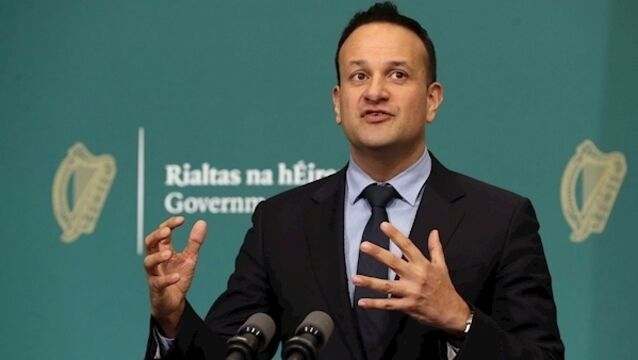 The Fine Gael parliamentary party has signed off on the framework document aimed at forming a coalition with Fianna Fáil, with TDs saying that "pragmatism" was needed given the Dáil arithmetic, despite some concerns being raised about the practicalities of how a grand coalition would work.

Talks between Fianna Fáil and Fine Gael under way

Taoiseach Leo Varadkar is to travel to Liverpool on Friday for a make-or-break showdown meeting with British Prime Minster Boris Johnson.

Varadkar tells FG ministers he wants by-elections in November, even though he expects losses

Taoiseach Leo Varadkar has signalled to a meeting of his Fine Gael ministers that he would prefer the upcoming by-elections to be held in November, even if his party is unlikely to win any of them.

Summer economic statement is a scene-setter for October’s budget

For all its posing as prudent, Fine Gael&rsquo;s fiscal knicker elastic is not nearly as tight as its talk, writes&nbsp;Gerard Howlin.

Fianna F&aacute;il leader Miche&aacute;l Martin faced criticism from a number of his own TDs over his speech in favour of repealing the Eighth Amendment last week.

This morning, the Cabinet will meet for the first time since the Christmas break, and at the top of the agenda is abortion, writes Daniel McConnell.

Fianna F&aacute;il leader Miche&aacute;l Martin has backed abortion in cases of rape and fatal foetal abnormalities but has stopped short of endorsing an Oireachtas committee call for terminations up to 12 weeks.

The Taoiseach is expected to&nbsp;announce the appointment of Simon Coveney as T&aacute;naiste in the D&aacute;il today.

Frances Fitzgerald can be our ‘hero of the hour’

The phrase &ldquo;all politics is local&rdquo; is generally attributed to the former Speaker of the US House of Representatives, the late Tip O&rsquo;Neill.&nbsp;

Bertie had his kitchen cabinet. Enda had &lsquo;Big&rsquo; Phil Hogan and a silent but deadly Michael Noonan. And, if comments from Kate O&rsquo;Connell are to be believed, Leo has an entire choir, writes&nbsp;Fiachra &Oacute; Cionnaith.

LATEST: It is being claimed that some of those backing Leo Varadkar in the Fine Gael leadership contest have switched sides.

Runaway Fine Gael leadership candidate Leo Varadkar has ruled out calling a snap election and will not give Enda Kenny an official Brexit role should he gain power.

Fine Gael scrambles for hustings venues due to short timeframe

Fine Gael has been scrambling to book venues for its leadership hustings due to the short timeframe of the contest.

LATEST: Paschal Donohoe on upcoming FG leadership battle: ‘It's not my time’

Enda Kenny is expected to outline his plans for stepping down at tonight's parliamentary party meeting.

Fine Gael’s choice: A leader to win elections or one to run the country

Simon Coveney is viewed by some within the Fine Gael party as being the best candidate to run the country following the end of Enda Kenny&rsquo;s tenure as Taoiseach, but the dilemma facing the party is that Leo Varadkar is&nbsp;viewed by others as being more likely to attract votes for Fine Gael, writes Daniel McConnell, Political Editor

Not back in Ireland 72 hours and we were already hearing that Enda Kenny wants to further delay his stay in Government Buildings, writes Daniel McConnell

Both of Fine Gael's leadership contenders - Minister for Social Protection Leo Varadkar and Minister for Housing Simon Coveney - have both told Fine Gael TDs to be on an election footing, writes Daniel McConnell of the Irish Examiner.

Brexit game has been slipping from us

While publicly, the Government has to state it is preparing for all contingencies, and it is right and proper it do so, it is clear on a political level, things are not going our way, writes Daniel McConnell

A Fine Gael minister says he believes there should not be refunds for those who paid water charges.

The European Commission is not demanding any changes in Irish tax laws over the Apple arrangement condemned by Brussels, Minister for Finance Michael Noonan said yesterday.

Bin bills to soar with ‘by weight’ system

Customers face bills in excess of &euro;500 a year to have their bins collected, representing an 80% hike on current rates when the new pay-by- weight charges kick in on July 1.

John Halligan and Sean Canney will be among the TDs appointed as junior ministers in the coming days.

Vote to permanently abolish water charges as early as April '17

A D&aacute;il vote on permanently abolishing water charges could be held as early as next April, according to the government-support deal agreed between Fianna F&aacute;il and Fine Gael.

Pressure is mounting on Fine Gael and Fianna F&aacute;il to open talks on government options as Independents shy away from a deal without agreement between the parties.

Enda Kenny yesterday made his first public appearance since the general election, and the pressure of last weekend&rsquo;s defeat was telling.

The Taoiseach has seen off any major backlash over his handling of Fine Gael&rsquo;s nomination process for the Seanad by-election after backbenchers were told to keep their focus on economic recovery.

The Taoiseach has blown open a bitter row in his party by blaming unnamed officials for the botched handling of Fine Gael&rsquo;s nomination for the Seanad by-election.

Farming special -Day 4: Kenny side-steps the mud-slinging in attempt to come up smelling of roses

As ever, Enda Kenny managed to find a rose in the dirt.

Taoiseach Enda Kenny has firmly ruled out any change to abortion laws before the next general election, despite expressing sympathy for women whose pregnancies involve fatal foetal abnormalities.

Taoiseach Enda Kenny is expected to make a significant jobs announcement when he visits the Mater Private Hospital in Cork this morning.

Former junior ministers have spoken of the confusing nature of serving in Government and of the challenges faced by ministers of state when in their posts.

Whoever takes over the reins as Labour leader will have his or her work cut out to reboot a party that has all but flatlined. But that is not the full story of what happened in the local and European elections.

Dan Neville has been elected as the new Chairperson of the Fine Gael Parliamentary Party.

A multi-million euro child-benefit scam is not being tackled by ministers, a TD has warned.

Claims by rebel TD Lucinda Creighton that she does not intend to use a one-day conference by her Reform Alliance grouping as the springboard for a new party have been ridiculed by Fine Gael top brass.

Quinn urges CRC board to step down

Education Minister Ruairí Quinn has called for the board of the Central Remedial Clinic to quit as the controversy over the use of public donations to top-up the salaries of well-paid managers escalates.

Budget based on questionable mathematics

There is an increasing acceptance that Budget 2014 was not fully costed by the Department of Finance and the focus is on cuts to health.

Varadkar: Creighton advice 'was in confidence'

The Transport Minister Leo Varadkar has denied he told a former member of his party and other rebel TDs to toe the party line.