An Iranian operative has been charged in connection with an alleged plot to murder former Trump administration national security John Bolton, the Justice Department said. 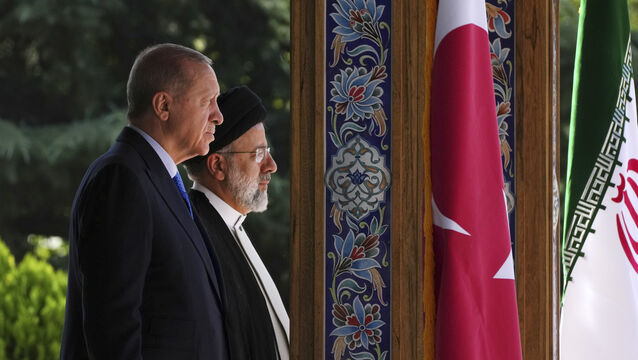 Russian President Vladimir Putin arrived in Iran on Tuesday for a visit intended to deepen ties with regional heavyweights as part of Moscow’s challenge to the United States and Europe amid its war in Ukraine. 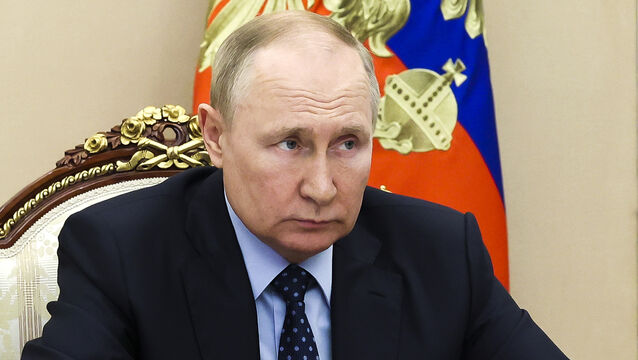 Russian president Vladimir Putin will visit Iran next week, the Kremlin said, a day after the US warned that Tehran could provide Moscow with drones for its action in Ukraine.

Marina Hyde: Nazanin is grateful, but is she grateful enough? I don’t know but the trolls will tell us

The children of Anoosheh Ashoori have said their first conversation with their father after he returns home from Iran will be an “extraordinary” moment when “our suffering is going to end”.

French President Emmanuel Macron has called for the “immediate release” of a French-Iranian researcher imprisoned in Iran, officials said.

The husband of Nazanin Zaghari-Ratcliffe has criticised British prime minister Boris Johnson as he ended his hunger strike in central London after almost three weeks.

The White House has responded sceptically after Iran’s chief negotiator announced that Tehran was ready to return to nuclear negotiations in Vienna by the end of next month.

The husband of Nazanin Zaghari-Ratcliffe has called on the Government to “be brave” and take a tougher stance against Iran as he marked 2,000 days of his wife being detained.

Husband of detained Nazanin Zaghari-Ratcliffe has ‘positive’ talk with Truss

The husband of Nazanin Zaghari-Ratcliffe says “good” talks have taken place with Liz Truss about his wife’s return from Iran.

Iranian authorities say less than 40% of the population follows measures such as wearing face masks and social distancing.

Friday TV Tips: 'There are only bad options. It's about finding the best one' — a film with some of the best one-liners going

Movies this evening include Argo, The Boy in the Striped Pyjamas; Beckett and Boss Level

The UK has said it is “highly likely” Iran carried out an “unlawful and callous attack” on a ship in the Middle East which left a Briton dead.

Despite the unrest, apathy will be the deciding factor in Iran’s presidential election

Dispirited by repression, many Iranians will boycott tomorrow's poll, clearing the path to victory for the leading hardliner

Netanyahu: Israel would risk ‘friction’ with US over Iran

Israeli prime minister Benjamin Netanyahu has said he is prepared to risk tension with the US if that is what it takes to neutralise Iran’s nuclear capabilities.

The UK Foreign Office said “legal discussions are ongoing” despite the claim made on Iranian state TV, which cited an anonymous official

Iranian and US warships involved in tense Mideast encounter

American and Iranian warships were involved in a tense encounter in the Persian Gulf earlier this month in the first such incident for about a year amid turmoil over Tehran’s tattered nuclear deal, the US Navy has reported.

Iran shattered its daily record for new coronavirus infections for the second consecutive day, with recorded cases soaring to 20,954.

Sunday March 7 marks the day when her sentence is scheduled to come to an end.

Israel’s environmental protection minister has stood by her allegation that a crude oil spill in the eastern Mediterranean last month was an intentional attack by Iran, but provided no evidence for her claim.

Israeli Prime Minister Benjamin Netanyahu has accused Iran of attacking an Israeli-owned ship in the Gulf of Oman last week. Mr Netanyahu spoke to Israeli public broadcaster Kan and said that “it was indeed an act by Iran, that’s clear”.

A US air strike has targeted facilities belonging to a powerful Iranian-backed Iraqi armed group in Syria. A spokesman for the Kataeb Hezbollah militia, or Hezbollah Brigades, said one of its militiamen was killed and several others were injured.

US bombs facilities in Syria used by Iran-backed militia

US ready to join talks to resume Iran nuclear deal

The Biden administration says it is ready to join talks with Iran and world powers to discuss a return to the 2015 nuclear deal, in a sharp rejection of former President Donald Trump’s campaign that sought to isolate the Islamic Republic.

The Biden administration on Thursday rescinded former president Donald Trump’s restoration of UN sanctions on Iran, an announcement that could help Washington move toward rejoining the 2015 agreement aimed at curbing the Islamic Republic’s nuclear ...

The leaders of Iran and Afghanistan have inaugurated the first railway link between the two countries, expressing hope it would enhance trade links across the region.

US sanctions are making it difficult for Iran to purchase medicine and health supplies from abroad, including Covid-19 vaccines needed to contain the worst outbreak in the Middle East, President Hassan Rouhani has said.

Iran’s president has called on US president-elect Joe Biden to “compensate for past mistakes” and return the US to Tehran’s 2015 nuclear deal with world powers, a state-run news agency reported.

Iran dismisses US efforts over UN sanctions as currency drops

Iran’s president dismissed US efforts to restore all UN sanctions on the country, as mounting economic pressure from Washington pushed the currency down to its lowest level ever on Sunday.

US says all UN sanctions on Iran restored

The US has declared all international sanctions against Iran have been restored despite the rest of the world vowing to ignore the move.

A new trial faced by Nazanin Zaghari-Ratcliffe in Iran has been postponed at short notice with no future date set.

Nazanin Zaghari-Ratcliffe has appeared in court in Iran and has been told she will face another trial on Sunday, an MP has said.

Iran’s alleged use of prisoners as “collateral” over a multi-million-pound dispute with the UK is “completely outrageous”, the husband of Nazanin Zaghari-Ratcliffe has said.

US to demand that all UN sanctions are reimposed against Iran

The United States will demand that all United Nations sanctions be reimposed against Iran, President Donald Trump said, a move that follows Washington’s embarrassing defeat to extend an arms embargo against Tehran.

Amnesty International says they are “very concerned” for the welfare of a British-Australian academic who is being held in detention in one of Iran’s most notorious prisons.

Iran has been hard hit by the coronavirus pandemic, but supplying medical goods to Iran was already a concern before the outbreak.

Tensions between Iran and the United States dramatically escalated after a top Iranian military commander was killed in a US airstrike in Iraq in early January.

Carl Bildt: It suits US and Iranian domestic interests to have enemy abroad

Both countries cite historical aggression for their ongoing enmity, but there is no real justification for the hostility, beyond chest-beating, says Carl Bildt

A series of memos delivered last year outlines the Trump administration’s strategic steps to taking on Iran — to diminish its position at home in the eyes of the public, writes Eli Lake.

Tensions growing over Iran - This is a time for calm leadership