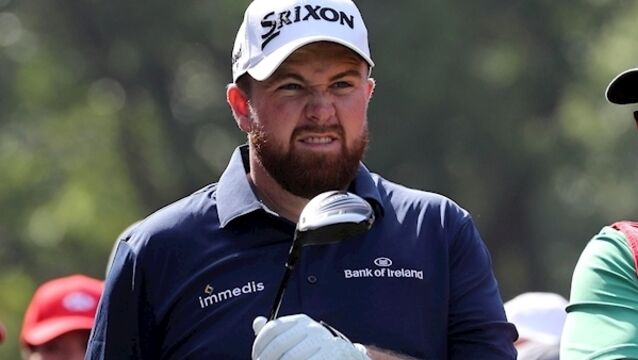 'To be European Number One would be really special': Lowry targeting Dubai finale to dream year

Shane Lowry will sit down with the family for Christmas dinner in seven weeks' time and bask in the warm glow of an unforgettable season. 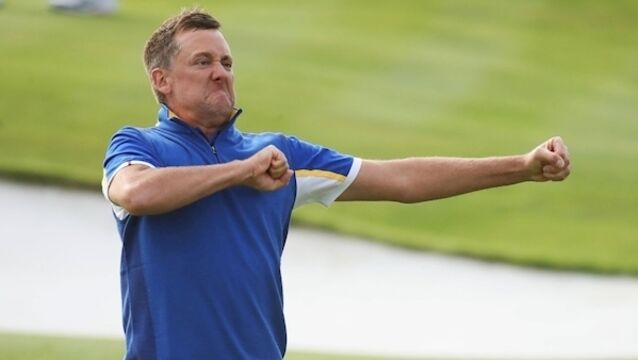 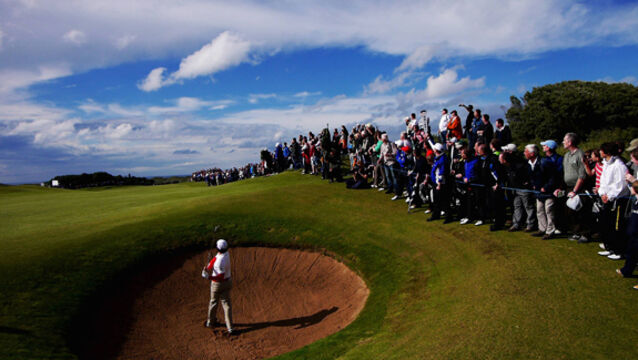 14 years later, Rory McIlroy remembers every shot from his 61 at Portrush

He has won four major titles, two World Golf Championship events and been on the winning Ryder Cup team four times, but there is only one round of golf where Rory McIlroy can remember every shot.

Ryder captaincy just a spin on the wheel of fortune

The things you find in university libraries are diverse and wonderful, writes Paul Rouse. There are now so many academic journals that it is as good as impossible not to find an article relating to any given subject.

Even with ample reason to think about what might have been, Paul Azinger prefers to wonder what’s next.

Their twin talents have been signposted for a decade, and on the eve of their LPGA debut tomorrow, the Maguire sisters from Cavan have inked a pair of lucrative sponsorship agreements which provide stability for them as they tee off highly anticipated pro careers.

Shane Lowry: ‘A lot of people would be happy with that as a good year’

Shane Lowry will forever remember 2016 as the year he got married and then learned he will become a father five weeks before the 2017 Masters.

Patrick Reed set the tone but it was Phil Mickelson who got US bosses stirring,&nbsp;writes Simon Lewis.

America’s captain in 2018? Here's why Tiger Woods could be the man

Jim Furyk was still very much in the mix to be a captain&rsquo;s pick for the upcoming American Ryder Cup when he was asked in late August about his role of vice-captain with said Ryder Cup team.

How the captain’s picks performed

The pressure mounts when you&rsquo;re a wild card selection and have the added stress of feeling the need to justify your place in a Ryder Cup.

Fighting talk as Darren Clarke keeps his eyes on the prize

Darren Clarke last night hit back at Johnny Miller&rsquo;s criticism of his European Ryder Cup team, pouring scorn on the American&rsquo;s assertion it was the worst in years.

The Tour Championship is a lot tougher than it needs to be for Justin Thomas.

Darren Clarke will take a step back from his hectic schedule as European Ryder Cup captain next week with a diary free of official business. Yet while on the face of it there will be some calm before the dramatic storm of the resumption of golfing rivalries with the US at the end of the month in Minnesota, it is doubtful the Irishman will be sleeping any easier.

Rory McIlroy will be judged by his major wins but some victories are more significant than others and Monday&rsquo;s comeback triumph in the Deutsche Bank Championship in Boston may well go down as a watershed in the Co Down man&rsquo;s career.

European captain Darren Clarke faces some tough phone calls over the next 24 hours after Belgian Thomas Pieters spectacularly birdied the last three holes to win the weather-delayed Made in Denmark and stake his claim to one of three Ryder Cup wildcards.

No-one should underestimate the importance of next Tuesday in the golfing life of Darren Clarke, because it is then that he will have to reveal his hand.

With a second European major winner of the season on the books thanks to Henrik Stenson&rsquo;s brilliance at Royal Troon, there was plenty to cheer Ryder Cup captain Darren Clarke over the weekend.

Winning Olympic gold in Rio next month would mean more to P&aacute;draig Harrington than a fourth major title. Yet, as the International Golf Federation yesterday confirmed a field missing the world&rsquo;s top-four ranked players for the men&rsquo;s event in the sport&rsquo;s first appearance at the Games since 1904, Harrington&rsquo;s take appeared to be at odds with many of the game&rsquo;s elite.

The Open may well be the major championship most suited to Darren Clarke&rsquo;s game, and Royal Troon one of his more favoured courses on the R&amp;A&rsquo;s rotation, but the 2011 champion&rsquo;s ambitions will take a back seat in this Ryder Cup season.

Rory McIlroy was left with questions to answer after he slumped to a two over 74 to let the WGC-Cadillac Championship slip from his grasp last night.

Shane Lowry using Honda Classic to rev up for big 2016

Devastated is too strong a word but Shane Lowry confessed that he&rsquo;ll be &ldquo;very disappointed&rdquo; if he fails to make Darren Clarke&rsquo;s Ryder Cup team this year.

Former Open champion Louis Oosthuizen wants to make a trademark flying start to the year in the Commercial Bank Qatar Masters, but is already focusing on claiming a second major title in 2016.

GALLERY: Laughter and tears at send-off for Christy O'Connor Jnr

The tears flowed and laughter echoed as Galway and the golfing world bade farewell to Christy O&rsquo;Connor Jnr at his funeral mass attended by more than 2,000 people at the city&rsquo;s cathedral.

Christy O’Connor Jnr: His love of life shone through

IT IS a testament to the greatness of Christy O&rsquo;Connor Jnr &mdash; not just as a sportsman but as a human being &mdash; that he dealt with triumph and disaster with equal grace and dignity.

I have to admit the announcement of Christy O&rsquo;Connor Jnr&rsquo;s death in Tenerife yesterday hit me hard.&nbsp;

Relaxed Padraig Harrington still in love with the game

P&aacute;draig Harrington is no longer searching for &lsquo;the secret&rsquo; in the autumn of a glorious career, but he remains just a little bitter nobody told him where his ball was at St Andrews this year,&nbsp;writes Brian Keogh.

Italy will host the Ryder Cup for the first time when the biennial event heads to Rome&rsquo;s Marco Simone Golf and Country Club in 2022.

Clarke: Ryder Cup will be played in right spirit

Europe&rsquo;s Ryder Cup captain Darren Clarke says there will be no controversial gamesmanship at next year&rsquo;s competition following the uproar at the women&rsquo;s Solheim Cup.

It did not need George O&rsquo;Grady to tell us it is Darren Clarke&rsquo;s time to captain Europe at the Ryder Cup, writes Simon Lewis.

Davis Love will captain the United States Ryder Cup team for the second time in 2016, according to a report by the Golf Channel.

Shane Lowry believes he&rsquo;s ready to chase the American dream on the PGA Tour and play the kind of global schedule that could make him a Ryder Cup player and an Olympian in 2016.

World number one Rory McIlroy has won the Golf Writers Trophy for the second time in three years following a stunning season that saw him claim two major championships and play a leading role in Europe’s Ryder Cup victory.

‘Golf’s a challenge when Ryder captain’

It was not surprising victorious Ryder Cup captain Paul McGinley should walk off the final green in his final tournament of 2014 confessing he had never played a proper golf season.

Bishop exits with legacy in tatters

Ted Bishop spent Tuesday trying to salvage whatever was left of his legacy as the 38th president of the PGA of America.

P&aacute;draig Harrington didn&rsquo;t allow himself to plumb the depths of despair during what he admits was the worst year of his career in 2014.

McGinley redesign shows off his fun side

It would be an exaggeration to say that Paul McGinley&rsquo;s course design style is based on &lsquo;Little Old Lady Theory&rsquo; but it&rsquo;s not too far from the truth.

Ian Poulter has revealed how the European team kept their egos in check in pursuit of team glory in the Ryder Cup at Gleneagles.

As he walked to the first tee of the Centenary Course at Gleneagles to start his singles match on the final day of the 40th Ryder Cup, Rory McIlroy stopped to exchange pleasantries with a very special guest.

Europe's Ryder Cup team have laughed off Phil Mickelson's attempt to wind them up on the eve of the event.

Rory McIlroy and Graeme McDowell displayed all the signs of being star-struck by Team Europe&rsquo;s evening with Alex Ferguson, but not so much as to ignore the potential benefits for this weekend&rsquo;s Ryder Cup defence.

European vice-captain Sam Torrance has backed his side’s rookies to thrive under the pressure of the Ryder Cup and make the most of the “huge” advantage of playing at home.

Rory: Ryder win would be ‘icing on cake’

Rory McIlroy says winning the Ryder Cup would be &quot;the icing on the cake&quot; of an incredible year for him.