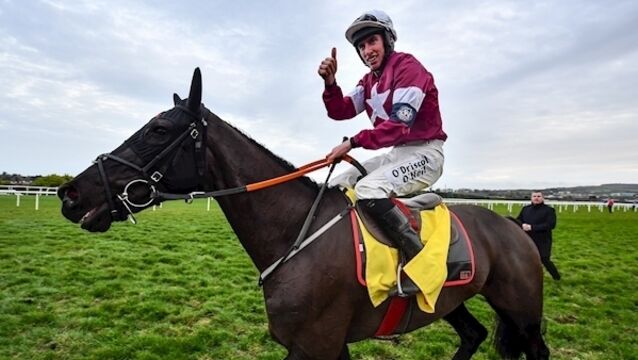 Sometimes you have to go through hard times to truly appreciate good ones. Just ask Jack Kennedy. 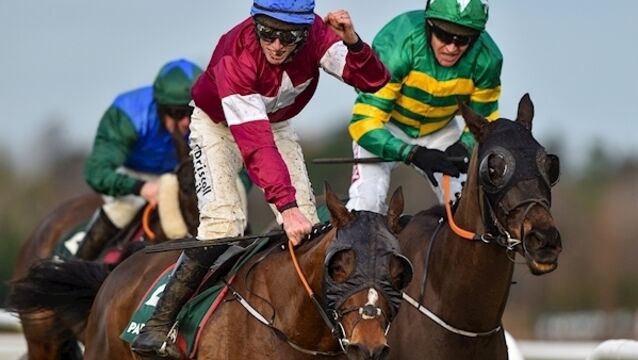 The Kerry race caller will do well not to lose his voice after hitting new heights to describe Roaring Bull's come-from-nowhere win in the Paddy Power Chase at Leopardstown. 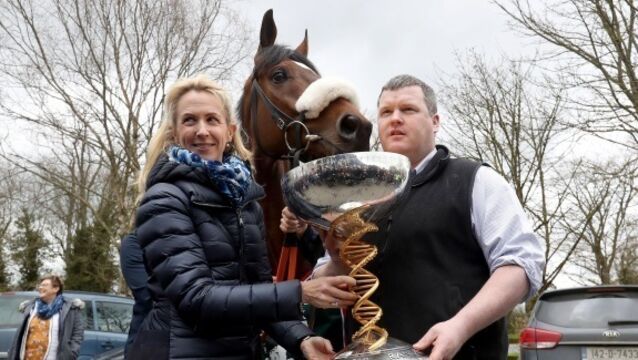 Last season's Randox Health Grand National hero Tiger Roll is set to lead a formidable team into battle for Gordon Elliott as the trainer eyes a third victory in the Aintree showpiece next spring.

Out Sam can give Gordon Elliott Thyestes Chase breakthrough

Next Destination will be difficult to beat at Naas

Classy Melon can get my festival off to a flying start

It&rsquo;s that time of year again, when National Hunt folk become consumed by the Cheltenham Festival, and while it&rsquo;s going to be a long week, it&rsquo;s also a tremendous occasion.

It&rsquo;s the weekend between the Irish Champion Hurdle and Gold Cup, but it&rsquo;s another busy and important one. I have three rides this afternoon at Fairyhouse, but it&rsquo;s Douvan, in the Tied Cottage Chase tomorrow at Punchestown, who will be focus of most attention.

Outlander to put in Titanic effort in Belfast Chase

Just two rides today, but they&rsquo;re good ones, and I start off with Valseur Lido in the JNWine Chase at Down Royal.&nbsp;

Point to point winner Road To Respect is yet to make the breakthrough after three runs on the racecourse, but Eoin Griffin&rsquo;s five-year-old can right that wrong in the two-mile-six Cashel Maiden Hurdle this afternoon at Thurles.

And then there were two. There won&rsquo;t be any public declaration of abandonment but it seems clear Bryan Cooper&rsquo;s choice of Cheltenham Gold Cup mounts is now between the two Dons &mdash; Cossack and Poli &mdash; after Road To Riches disappointed at Leopardstown on Saturday.

Today's tips: Futuramic can get off mark

The midweek racing action moves to Down Royal this afternoon, where Futuramic can secure a maiden victory over fences when he contests the two-and-a-half-mile beginners&rsquo; chase on the seven-race programme.

Today's Tips: Perfect opportunity for Tell Us More to get off the mark at Gowran Park

Tell Us More may not be everyone&rsquo;s cup of tea, but his claims in the beginners&rsquo; chase on today&rsquo;s Thyestes card at Gowran Park are crystal clear.

Flemenstar back in business at Leopardstown

Leopardstown, on a dry but wintry Sunday afternoon, provided the scene for another chapter in the colourful career of Flemenstar, when the ten-year-old gave Tony Curran a first training success in what was an eventful renewal of the Grade 1 Paddy Power Chase.

Foxrock will be supplemented for the Ryanair Chase at the Cheltenham Festival after owner Barry Connell ruled out a tilt at the Gold Cup.

Felix Yonger to deliver if jumping holds up

Vautour and Clarcam may renew rivalry at Leopardstown

Vautour, Clarcam and Valseur Lido all appear among a classy entry of 10 for the Leopardstown Killiney Novice Chase on Sunday.

Colm Murphy faces a race against time to ready The Westener Boy for the Paddy Power Chase at Leopardstown over Christmas. The seven-year-old missed the majority of 2013 after picking up an injury when falling in the Thyestes Chase at Gowran, for which he was joint-favourite, and returned to action over hurdles earlier this year.

Murphy horse a doubt for Leopardstown

Colm Murphy faces a race against time to ready The Westener Boy for the Paddy Power Chase at Leopardstown over Christmas.

The Tullow Tank will have his first race for Dessie Hughes in a beginners&rsquo; chase at the end of this month.

The Willie Mullins-trained Mozoltov booked his ticket to Cheltenham when getting the better of favourite Don Cossack in a tremendous tussle for the Grade 2 Racing UK Moscow Flyer Novice Hurdle.

Jadanli will attempt to go two places better than last year in the Goffs Thyestes Chase at Gowran on January 24.

Sizing Europe claimed his third win of the season and his seventh Grade One victory in all with another fine display in the Paddy Power Dial-A-Bet Chase at Leopardstown.

Mouse Morris is set to saddle both Hennessy Gold Cup third First Lieutenant and the returning China Rock in the Lexus Chase at Leopardstown on December 27.

McManus has stronghand in Irish National

JP McManus has a strong hand in the Ladbrokes Irish Grand National with ante-post 8-1 favourite Groody Hill set to be joined by his Cheltenham Festival winner Alfie Sherrin and Pertemps Final runner-up Catch Me at Fairyhouse on April 9.

Compensation for Walsh as Seabass does the business

HAVING missed the ‘cut’ for the Paddy Power Chase at Leopardstown, the Ted Walsh-trained Seabass gained a degree of compensation when making virtually all the running to land the Tim Duggan Memorial Handicap Chase at Limerick yesterday.

Warrior on course for clash with Sir Des Champs

A cracking renewal of the Grade One Racing Post Novice Chase at Leopardstown on St Stephen’s Day is in prospect.

Denman appeared among 17 contenders for the Lexus Chase as the entries for the major races at the Leopardstown Christmas Festival were published.

Hill has Crowe on a high

Groody Hill capped a red-letter day for owner JP McManus with a last-gasp victory in the Ladbrokes.com Troytown Handicap Chase at Navan.

He makes Galway look like his home gallop, has won the Irish Derby at the Curragh twice, has been successful in Newmarket's 2000 Guineas and once won the final leg of the American Triple Crown.

AFTER years of trying, Tony McCoy finally earned the Grand National victory he so desperately sought when he and Don't Push It emerged victorious in 2010.

DERMOT WELD is to have his first Grand National runner for 16 years after confirming Majestic Concorde a definite starter in the John Smith’s-sponsored showpiece at Aintree on Saturday.

COUNTY CLARE owner/trainer Noel Glynn is set to launch a double assault at Aintree next week, with Becauseicouldntsee and Gonebeyondrecall on course to take on the famous National fences at the John Smith’s Grand National meeting.

THE Irish challenge for tomorrow’s Coral Welsh National has been severely depleted with Becauseicouldntsee being ruled out and compatriot Lochan Lacha a “doubtful” runner.

Hurricane's no fly by night

Noel Glynn is weighing up the options for Becauseicouldntsee following his satisfactory return to action over hurdles last month.

Jack The Bus (9-1) outpointed Glenquest in a hard-fought finish to the Ladbrokes.com Troytown Handicap Chase at Navan this afternoon.

Irish are minded to turn over the master

MASTER MINDED may be odds on to claim his hat-trick in the Queen Mother’s Champion Chase this afternoon, but two men fielding Irish raiders believe that to be far from a foregone conclusion.

John Cullen steps in for the injured Andrew McNamara as Preists Leap bids to land the Tendrleen Thyestes Handicap Chase for the third year running at Gowran Park tomorrow.

TOM HOGAN intends running both last year’s third Silver Jaro and Kirkbybroguelantern, who is dropping back to two miles, in the Pierse Hurdle at Leopardstown on Sunday.

Michael Hourigan plans to keep A New Story as busy as possible with an outing in the Pertemps Handicap Hurdle Qualifier at Leopardstown this Sunday.

Houdini to weave magic at Leopardstown

Davy Fitzgerald has decided to keep Operation Houdini at home in Ireland on Saturday for the Paddy Power Chase rather than contesting the Coral Welsh National.

ROBERT Tyner plans to be double-handed with Callherwhatulike and The Halfway Bar in the Paddy Power Chase at Leopardstown on December 27.

Doyle is full of promise

Eoin Doyle is looking for a repeat performance from No Full in the Paddy Power Chase at Leopardstown later this month.