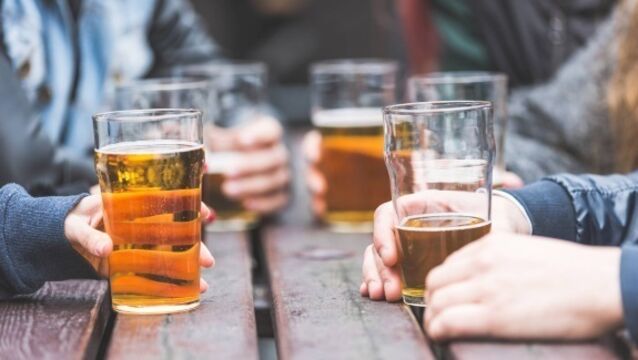 No cheer in the dangers of teenage drinking

Parents and front-line services dread the binge boozing of October 31, but we are all culpable in subtly encouraging the young to partake, says psychotherapist&nbsp;Richard Hogan 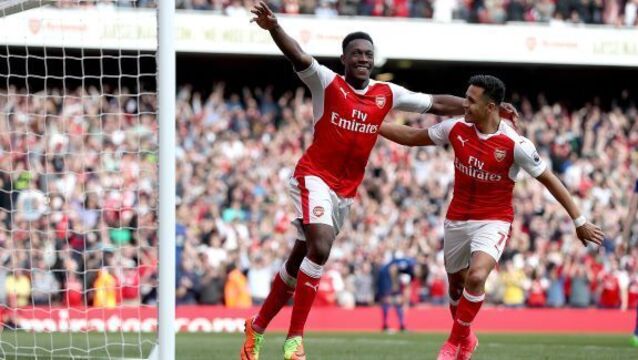 Arsenal forward Danny Welbeck will be out until after next month&rsquo;s international break with a groin injury sustained against Chelsea on Sunday.

Out of the Champions League, out of the title race, out of the battle for the top four, the FA Cup and Carling Cup both a distant memory; Manchester United’s miserable season is now complete and their 2014-15 campaign will begin almost immediately — in the boardroom rather than on the pitch.

Darren Fletcher is using the memory of 2006 to make his Manchester United team-mates aware of how quickly fortunes can turn.

Ireland U21 manager Noel King has revealed he felt Giovanni Trapattoni was dismissive of James McCarthy when the midfielder’s international intentions came under scrutiny.

Blues on the march as Gunners fall flat

Fergie the best man to take on Fergie

You’ll probably have noticed, given the torrent of coverage, that Alex Ferguson talks about himself in the third person quite a bit in his new book.

Everton manager Roberto Martinez is ready to put faith in his squad as he plans to rotate players for tonight’s Capital One Cup tie at Fulham (kick-off 8pm).

Wayne Rooney has attempted to get under the skin of noisy neighbours Manchester City ahead of tomorrow’s big match at the Etihad by insisting games against Liverpool are still the real derby for Manchester United.

Giovanni Trapattoni’s reign as Republic of Ireland manager is over after defeat in Austria effectively ended the nation’s hopes of World Cup qualification.

Former Republic of Ireland international Stephen Carr has called time on his career after more than 400 league appearances for Tottenham, Newcastle and Birmingham.

Jose Mourinho has set himself a target of following in Alex Ferguson’s footsteps by managing well into his 70s; so perhaps that is why he avoided the temptation to turn yesterday’s pre-match press conference into his usual fireworks display.

Martin Jol has called for his Fulham side to show spirit to consolidate their position clear of the Barclays Premier League relegation zone.

Alex McLeish was back in management this morning as boss of npower Championship promotion hopefuls Nottingham Forest.

Folk at West Brom speak fondly of Simon Cox and the feelings are mutual, but Cox grew tired of a life spent alternating between the bench and the right touchline at The Hawthorns.

Juan Mata has admitted he was given a rude awakening about Chelsea’s rivalry with Liverpool but was determined not to be caught cold in tomorrow’s clash at Stamford Bridge.

Dalglish: Suarez didn’t get me sacked

Former Liverpool manager Kenny Dalglish does not believe his handling of the Luis Suarez racism row cost him his job — but admits he would do things differently if he ever found himself in a similar situation.

Dalglish: Suarez controversy did not cost me Liverpool job

Former Liverpool manager Kenny Dalglish does not believe his handling of the Luis Suarez racism row cost him his job..

How pivotal are top-four games?

Just over a year ago Manchester City went to the home of their greatest rivals protecting a two-point lead in the title race.

Di Matteo: Lampard is still in my plans

Roberto Di Matteo last night insisted Frank Lampard’s Chelsea future was “very strong”, despite renewed speculation over whether the midfielder’s glittering Stamford Bridge career might be drawing to a close.

Solbakken: Hunt will leave if we get suitable offer

Wolves manager Stale Solbakken has said Stephen Hunt can leave if the club get a suitable offer.

Brendan voyage: From Antrim to Anfield

When the Fenway Sports Group took over Liverpool in October 2010, there was widespread excitement.

Clubs learn fate in Capital One Cup second round draw

Scunthorpe’s reward for last night’s remarkable victory over Derby is a trip to Premier League side Norwich in the second round of the Capital One Cup (formerly the Carling Cup).

Henry: FA Cup win would not have saved Dalglish

Lifting the FA Cup would not have spared Kenny Dalglish the sack, according to Liverpool owner John W Henry.

Rodgers under no Pool pressure

Liverpool have been handed a Europa League third qualifying round clash with either Macedonian side FK Renova or FC Gomel of Belarus for their first competitive match under Brendan Rodgers, who will be under no pressure this term to get the team into the Champions League, according to Reds principal owner John Henry.

St Patrick's Athletic will face German Bundesliga side Hanover in the third qualifying round of the Europa League if they can overcome Bosnia-Herzegovinia side NK Siroki Brijeg in their second leg at Richmond Park next week.

West Brom have inquired about signing striker Obafemi Martins on loan – but his current club Rubin Kazan are only interested in a permanent deal, it is understood.

Rafael has signed a new four-year contract with Manchester United, tying the full-back to Old Trafford until the end of the 2015/16 season.

Fenerbahce have announced the signing of Dirk Kuyt from Liverpool.

Paul Scholes has put pen to paper on a one-year contract extension that keeps the former England midfielder at Manchester United until the end of the 2012/13 season, the club have confirmed.

Wigan chairman Dave Whelan has given Liverpool permission to speak to manager Roberto Martinez, following an approach from the Carling Cup winners.