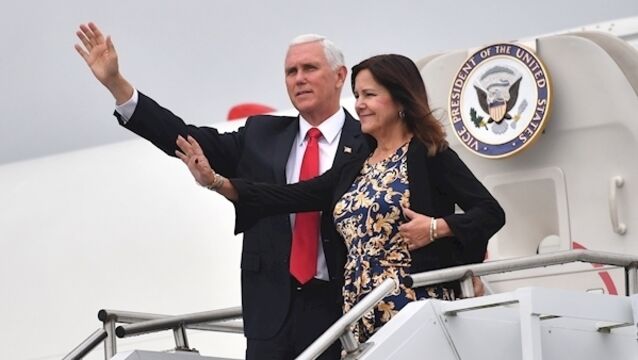 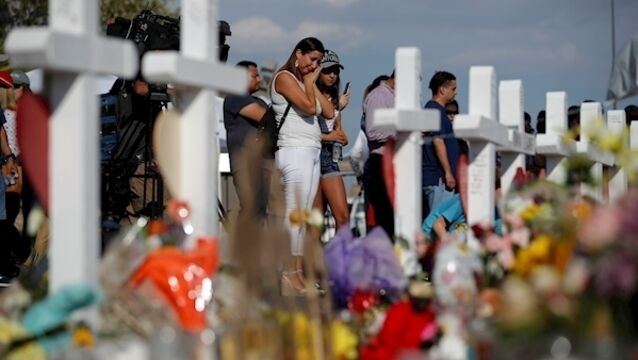 What is behind America's mass shootings?

After every mass shooting in the United States, Americans and others around the world are confronted with the question of what lies behind this distinctly American horror, says Elizabeth Drew. 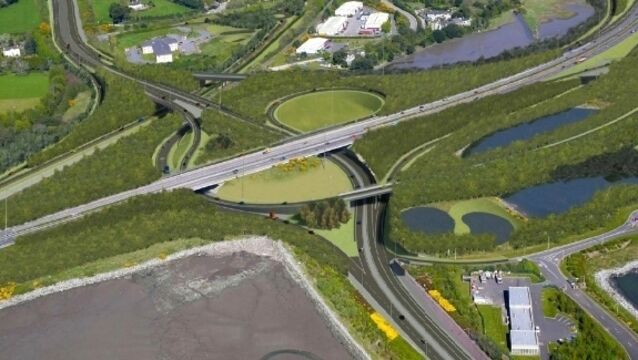 A significant upgrade of the Dunkettle Interchange was first announced in 2011. Cost overruns to the €100m project, revealed by this paper last week, could seeit delayed by up to 18 months, which would mean the entire process will have taken more than a decade. Joe Leogue looks back at the long-awaited plan.

A lobby group has said building a direct motorway link between Cork and Limerick is a major waste of taxpayers' money, because there is another one planned which will link the two cities.

Irish people living in the United States fear for the lives of their children, who are only armed with active shooter drills if a gunman targets their school. Some miss home, writes Aileen C. O’Reilly.

Cost over-runs: Pattern to the progress of children’s hospital fiasco is painfully familiar

Over the past 20 years there have been repeated examples of major capital project overruns. But has anything been learned from both these and the current National Children’s Hospital fiasco to warrant confidence that they can be prevented in future?, asks Caroline O’Doherty.

I recently made a return visit to the US. The purpose was a vacation, as the Yanks would call it. I couldn&rsquo;t quite believe it had been around 14 years since my last trip there. I was genuinely curious, given all that has happened, how different it might feel.

The National Rifle Association has banned its members from carrying their firearms during its annual forum while US President Donald Trump and his deputy Mike Pence are in attendance.

Plea for bypass as town faces years of gridlock

A North Cork town faces gridlock for several years to come as there are no plans to provide a bypass in advance of the construction of a Cork-Limerick motorway.

Thousands of students across the US are joining in a National School Walkout today on the one month anniversary of the mass shooting at a Florida high school that killed 17 people.

Trump: Legislators too fearful of NRA to take action on guns

Donald Trump has called for speedy and substantial changes to US gun laws and criticised legislators for being too fearful of the National Rifle Association to take action.

I would have run into Florida school, claims Donald Trump

Donald Trump has claimed he would have rushed in to aid students and teachers during the deadly mass shooting at a Florida high school.

Trump says arming teachers in schools is 'up to states'

President Donald Trump says arming teachers as a deterrent against school shootings is "up to States".

"It doesn't seem to matter to our government that children are being shot to death day after day in schools."

A notorious accident blackspot in west Waterford is set to be redesigned following almost 20 years of lobbying.

From marksmanship classes following the Civil War, the NRA has grown into a beast that decries any talk of gun control, writes Bette Browne.

Devastating loss of family on our roads highlights urgency

Transport Infrastructure Ireland has 55 roads projects in 23 counties but securing funding for them is just part of the process in ensuring the proposals move from the planning stage to work beginning on the ground, writes Caroline O&rsquo;Doherty.

Debate on gun control is silenced yet again

A bill to ease laws on the purchase of gun silencers is gaining momentum even as the US reels from the horror of one of the deadliest killings in its history, writes Bette Browne.

A threat too far - NRA attack on newspaper

HIS presidency is barely eight months old but in that short time some of Donald Trump&rsquo;s performances have been so bizarre, so unhinged, that many of those who care for democracy have decided to look away, to hope that this strange episode will pass quickly and that America will, at the first opportunity, elect a competent, sane leader, be they Republican or Democrat.

A motorist who claimed a clone of her car was responsible for more than 300 unpaid journeys on the M50 has been fined &euro;7,000.

The Government is examining ways of fast-tracking finance for the stalled Cork-Limerick motorway, estimated to cost up to &euro;1bn.

Transport chiefs have been accused of treating women as second-class citizens by refusing to implement the renaming of one of Cork&rsquo;s busiest roads after the &ldquo;forgotten women&rdquo; of the Irish revolution.

The Road Safety Authority is questioning a decision by Transport Infrastructure Ireland to raise the speed limit on a dangerous stretch of road close to a national school.

A van driver has brought an action to set aside a court judgement which found him liable for &euro;13,000 in unpaid M50 toll charges.

Tolls could rise for motorists

Motorists could be facing increased toll charges for using the M50 Westlink crossing and Dublin Port Tunnel as a result of a ruling from the EU&rsquo;s top court this week.

A call was made yesterday for a national taskforce to be established to combat Japanese knotweed as the invasive weed has forced the delay of a near &euro;9m social housing project in West Cork.

Profits down at M50 toll firm

Pre-tax profits at the consortium that operates the e-Flow toll on the M50 and other motorways fell 6% to &euro;2.6m in 2014, new figures show. According to abridged accounts just filed with the Companies Office by Sanef ITS Operations Ireland Ltd &mdash; now renamed Emovis Operations Ireland Ltd &mdash; the firm recorded the decrease in pre-tax profit after gross profits dropped 12% from &euro;6m to &euro;5.3m in the 12 months to the end of 2014.

Republicans determined to stick to their guns ahead of National Convention

The Republican National Convention is taking place this week in Cleveland, Ohio.

US shoots itself in foot with partisan gun politics

Democrats may win seats with their hardline stance on gun control, but compromise is vital or things are destined to remain deadlocked in this polarised politics, writes Adam Skaggs

A divided US senate blocked rival election-year plans to curb guns, only a week after Orlando&rsquo;s mass shooting intensified pressure on lawmakers to act but knotted them in gridlock anyway &mdash; even over restricting firearms for terrorists.

No state can always protect its people from acts of evil mania. But the US chooses to put the means of perpetration within easy reach, writes Gerard Howlin

Motorists must drive within the speed limit &mdash; and therein lies a problem.&nbsp;

Donald Trump and Hillary Clinton are courting voters on opposite sides of the gun debate in events that will highlight the United States&rsquo; deep divide on the topic.

Locals to vote to correct misspellings on towns’ signage

Three Clare towns are set to host local votes in an effort to correct &ldquo;misspellings&rdquo; which have appeared on all official signs for the towns since 2011.

Councillors have pleaded with Transport Initiative Ireland (TII) not to completely close a main road in North Cork for realignment and resurfacing as it could kill off businesses in two villages.

Twenty years after a lobby group protested in Brussels over the poor state of a Co Kerry peninsula road, serious discussions have finally commenced on finalising land acquisition for the national secondary route.

Vote needed to change NRA spelling of towns in Clare

Six Clare towns with the incorrect spelling of their names on official signage for the past five years, will have to hold a public vote before the mistakes can be corrected by Clare County Council.

New three-bedroomed semi-detached homes in Cork will have to sell from &euro;270,000 and apartments from &euro;230,000, to be economically viable, a construction industry seminar was told yesterday.

In their final debate before the Iowa caucuses, the gloves came off between Hillary Clinton and Bernie Sanders.

US President Barack Obama has accused the nation&rsquo;s largest gun lobby of peddling an &ldquo;imaginary fiction&rdquo; that has distorted the debate about firearms violence.

TRANSPORT Minister Paschal Donohoe has scrapped plans to build a motorway between Cork and Limerick.

Making sense of the speed limits in rural Ireland

Consultants have been hired by Kerry County Council to examine what has gone wrong with the traffic system in Killarney.

Transport Infrastructure Ireland (TII) &ldquo;will be holding a post-mortem&rdquo; into the traffic chaos which left Cork motorists in total gridlock on Thursday night.

The chief executive of Kerry County Council has rejected calls made at a public meeting to halt works narrowing the busiest tourist route in Ireland &mdash; Killarney&rsquo;s Muckross Road.

Any prospect of the M20 motorway between Cork and Limerick being built before 2030 is remote, following the Government&rsquo;s decision not to approve capital funding for the project in the recent budget.