Fired from The Apprentice: 'I'm feeling a little bit sorry for myself but I'm glad I did it'

FFP2 face masks: Why you should wear one and where to buy them in Ireland
 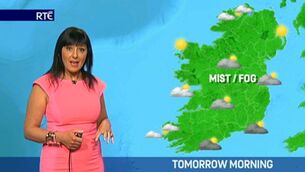 The fashion forecast: Some of Jean Byrne's most iconic looks down through the years