'Something we looked forward to for so long:' Rosanna Davison on Christmas with three kids 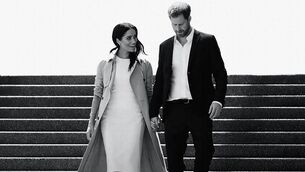