Donal Hickey: look but don't get too close to those bird nests

Donal Hickey: Do we need a wildlife crime unit to help protect our magnificent birds and animals?

Donal Hickey: Is the energy crisis answer blowing in the wind?

Islands of Ireland: Did a London bureaucrat put Crookhaven's Rock Island lighthouse in the wrong spot?

Anja Murray: What is a 'native' tree and why is it so valuable? 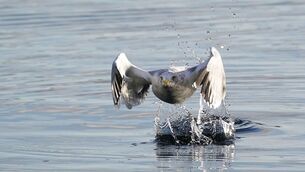 Donal Hickey: look but don't get too close to those bird nests