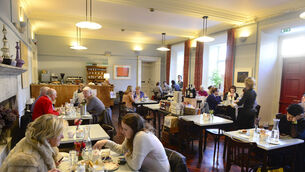 Cork's Crawford Gallery Café to close after over 35 years