Restaurant Review: A warm welcome from this fine Lady 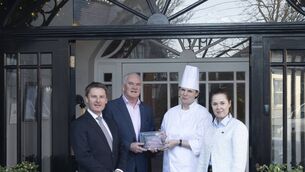