The player's guide: Ryan Baird on where to eat near the Aviva and the best pints after the match

Better than bought: These cranberry and lemon shortcake crumble bars will become your favourite Christmas recipe

Derval O'Rourke: Five tips to prepare for the countdown to Christmas

Caitriona Redmond: Make the most of ingredients on a budget with shakshuka or taco fries
#Food ieFood recommends
 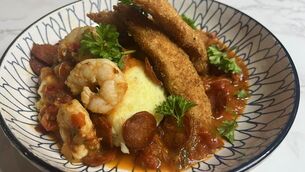