‘Lady of the house’ Ghislaine Maxwell told Epstein staff ‘not to look in his eyes’, court hears 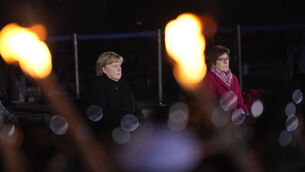