Everton 1 Atalanta 5:&nbsp;David Unsworth&rsquo;s tenure as Everton caretaker manager has hit yet another low after the Toffees were thrashed 5-1 by Atalanta in the Europa League at a less-than-half-full Goodison Park last night.">
X
    
Carl Markham

Ludden is spot on as Treaty and Cobh share spoils 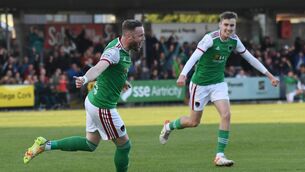