Manchester United 1 Celta Vigo 1&nbsp;(Man Utd win 2-1 on aggregate): It wasn&rsquo;t pretty, it was more mechanical than magical and got even uglier with a late double sending-off, but Manchester United may have taken a massive step in the post-Ferguson era after they reached the Europa League Final by drawing 1-1 with Celta Vigo &mdash; to put both silverware and place in the Champions League in their sights.">
X
Chris Hatherall
    

Revenge not on the menu for Jurgen Klopp 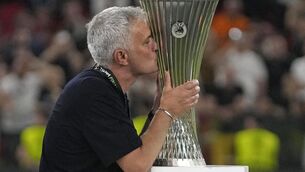 Emotional Mourinho content with a victory of 'many ingredients'