Michael Cheika may not have envied Joe Schmidt the task of telling Johnny Sexton he would be watching tomorrow&rsquo;s kick-off at Suncorp Stadium from the bench but the man who made the call had no hesitation in handing Joey Carbery Ireland&rsquo;s No. 10 jersey.">
X
Simon Lewis, Brisbane
     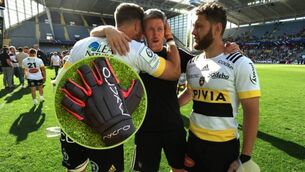