Dolphin 22 Old Wesley 10: Relief for Dolphin who jumped from the bottom spot in Division 1B of the Ulster Bank League and have now given themselves a fighting chance of avoiding the dreaded drop.">
X
Barry Coughlan
     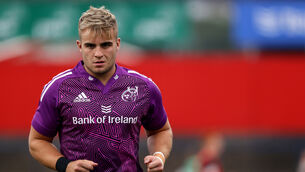 Kendellen, Frawley out of Emerging Ireland tour through injury