Glasgow Warriors 35 - Connacht 24: This time last year Connacht fans were holding their breath in anticipation. Sitting pretty at the top of the table, having only lost five times all season, Connacht were working their way to a first Guinness PRO12 trophy and Champions Cup rugby.">
X
Linley MacKenzie
     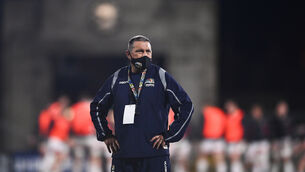