Munster 35 Cardiff Blues 27: Five tries, five match points and their place at the top of the Guinness Pro12 table was the prize for Munster at Musgrave Park on Saturday, but the most avid home fan would admit that Cardiff were unlucky not to even take home a losing bonus point.">
X
    
Barry Coughlan

Stuart Lancaster backing Leinster to 'adapt' to whatever comes 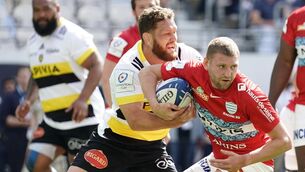