Leinster 37 Dragons 12:&nbsp;Isa Nacewa and Fergus McFadden led by example at the RDS on Saturday, when their combined tally of 27 points helped Leinster to a comprehensive victory over Newport Gwent Dragons in the Guinness Pro12.">
X
Daire Walsh
    

Worcester suspended from all competitions after failing to meet RFU deadline 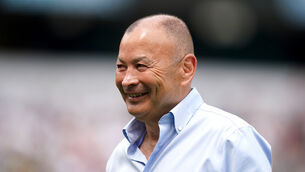