Dettori back in the saddle for Gosden

Gordon Elliott and Jack Kennedy double up in Roscommon 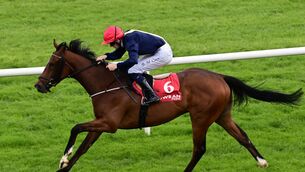 Irish tips: Mazagran can build on promising return at Limerick