Keith Cronin crashes out in Wales

Little to choose between Cronin and Pryce

Irish Examiner view: A sport on its way towards redundancy

Rihanna to headline the next Super Bowl half-time show 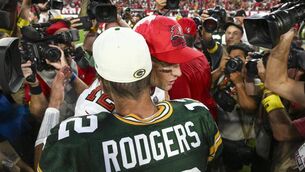 Tom Brady and understrength Buccaneers come up short against Packers