Greater expectations and demands on Lowry, but he's ready to seize chance this weekend

Seamus Power aiming to push on to the very top
 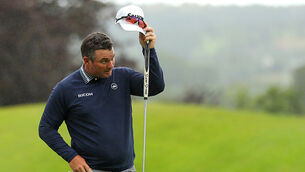 Ryan Fox quickest from the traps at Irish Open