Rory McIlroy ‘happy with where everything is’ heading into Masters 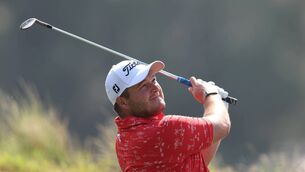