Leona Maguire: 'I’m not going to put pressure on myself to do things that other people want' 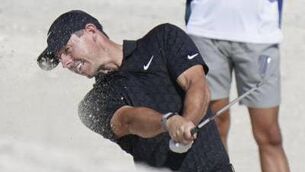