Sponsored: Limerick Greenway is 40km of breathtaking scenery and fun for all the family
 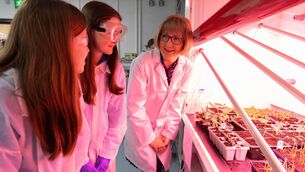