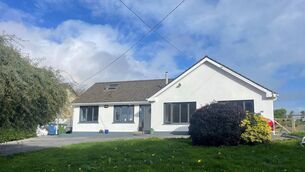 If you believe in karma, then €495,000 Karma in Upper Rochestown might just be for you