Irish Examiner view: Synthesis report is a moment of truth for the Catholic Church 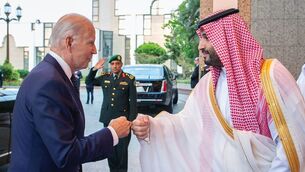 Irish Examiner view: In Saudi Arabia, any form of dissent is treated as terrorism