I’m a paediatric doctor, but my job means I may never have children of my own

John Gibbons: Are we approaching a social tipping point on the climate emergency?

Piaras MacEinrí: Anti-migrant sentiment is nothing new, but xenophobes are a tiny minority
#COVID-19quarantineVaccinePlace: Ireland
 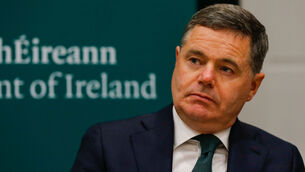