Elaine Loughlin: Without a change in attitudes, women will be left feeling like 'lepers'
 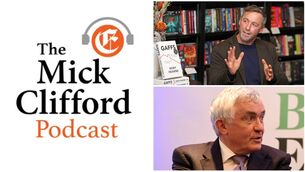